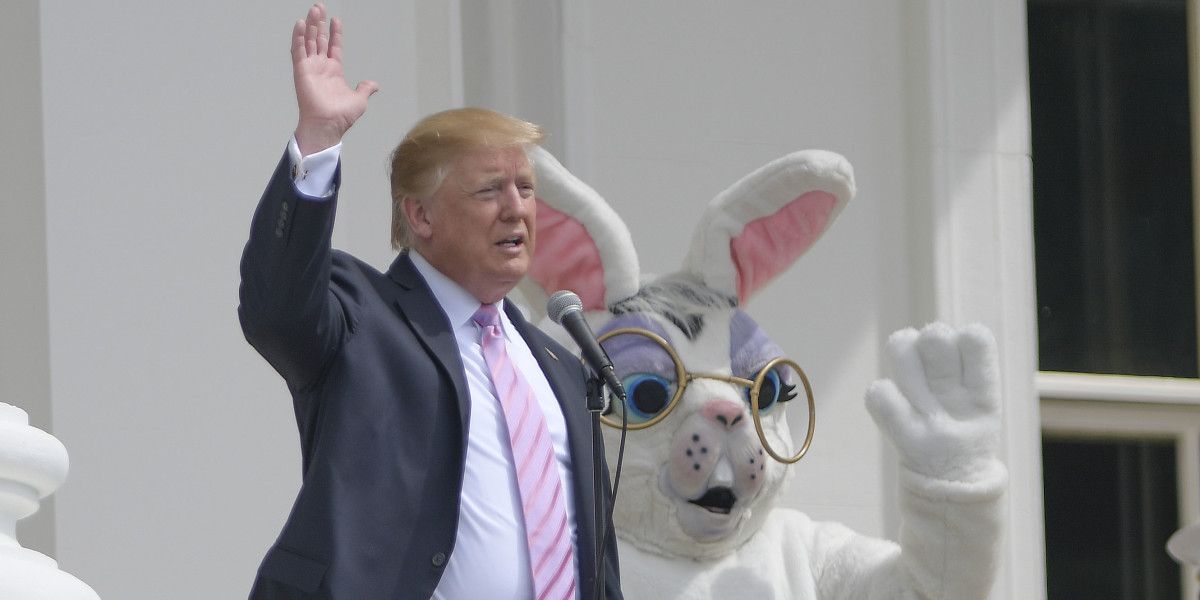 Donald Trump has pretty much been erased off of all big social media now. Even interviews with him are being purged from Facebook. It’s a sad deal, because despite the man’s flaws, I enjoyed waking up every morning reading his Twitter feed when he was the President. Even though he wasn’t able to accomplish nearly as much as I had hoped, it was very funny seeing him piss off all sorts of bad people with his tweets throughout his presidency.

Today he issued a funny “Happy Easter” statement through his Save America PAC even wishing happiness to the lunatics who stole the election and are trying to destroy America.

It’s really nuts to see people in America whine about how other countries are suspending Internet access to prevent foreign interference in their domestic affairs, while a former American President can’t even share his thoughts on Twitter.

At least his funny Easter statement has angered all sorts of people. The rage is flowing on Twitter right now, especially from hateful Jewish Christ-killers like David Frum.

Ex President Trump with an Easter Sunday message of resentment and rage.