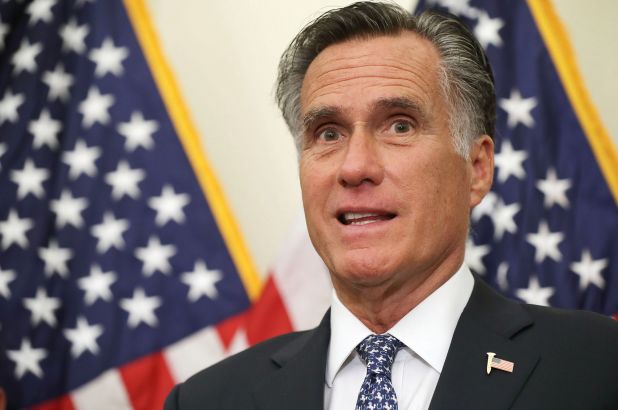 The organizer of the Conservative Political Action Conference defended his decision to uninvite Sen. Mitt Romney — saying the Utah Republican’s vote for more witnesses and documents in President Trump’s impeachment trial would make him unsafe at the event.

“This year, I’d actually be afraid for his physical safety, people are so mad at him,” American Conservative Union chairman Matt Schlapp said in an interview Saturday on “Full Court Press” with Greta Van Susteren.

“The biggest problem we have with Mitt Romney is not that he’s just an individual following his political course. It’s the fact that he’s lied so continuously to conservatives,” Schlapp added.

Schlapp went on to decry the Romney as disloyal, saying, “When he needed a conservative like Donald Trump to endorse him in his Senate primary last time, he wanted him in. But then, when he gets the Senate job, he wants to distance himself from Trump. He’s a use-’em-and-lose-’em kind of guy.”

Romney in many respects represents the remnants of the old Republican establishment which conserved nothing. He’s a big reason why we now have faggot marriage, child trannies and all sorts of other bizarre shit going on.

He obviously voted to impeach the orange man out of spite. He ran a shitty 2012 presidential campaign and he’s angry that the orange man called him out for his incompetence.

But yeah, I can see why people would be mad to the point where they’d potentially want to lash out in violence at Romney. He’s a horrible asshole who has no loyalties to anybody but himself. So I don’t blame the CPAC people for not inviting him. Even if he didn’t vote to impeach the orange man, he shouldn’t have been invited due to his shitty political record.

The Republican Party needs to be transformed into a pro-White populist machine and people like Romney and fake conservative pricks like Charlie Kirk are standing in the way of us doing that.