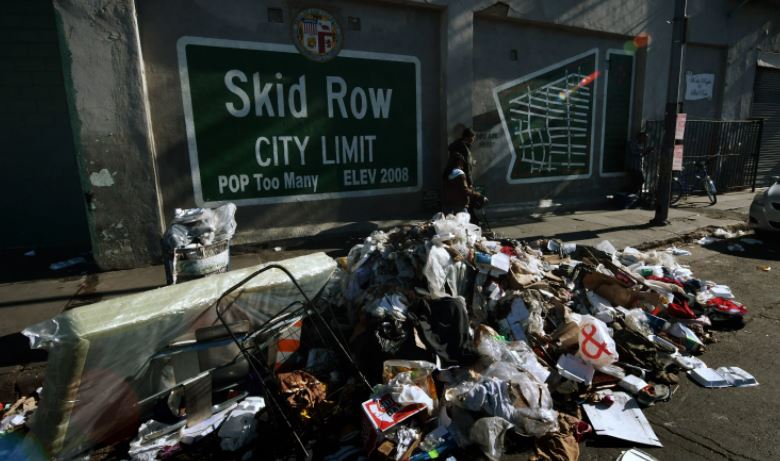 YouTube commentator Jeremiah Babe recently went to Los Angeles and shot video of what was happening on the streets. He posted several videos including one from Skid Row and some of the surrounding areas.

The Skid Row video in particular is worth watching. The place literally looks worse than a third world country something of which Babe accurately notes.

Interestingly enough, the Marxist lunatic governor of California Gavin Newsom was touring the area at the same time Babe was there shooting video. Newsom was with an enormous security detail. They even had cops dressed up as homeless people. Considering that Newsom is one of the people responsible for this mess his presence was ironic to say the least.

He also shot video from the more wealthy areas of Los Angeles and there are similar types of things happening even in those places. There are boarded up buildings, closed businesses and “for lease” signs up everywhere.

These are scenes that you are not seeing on the nightly Jewish media broadcasts. This is real news and real reporting of what’s actually going on in the streets of America.

What this footage shows is that the American economy has already collapsed. People just haven’t come to grips with that fact. The crazy thing is that it is absolutely going to get worse. Just make sure you are prepared because this is going to be the worst economic collapse in world history.