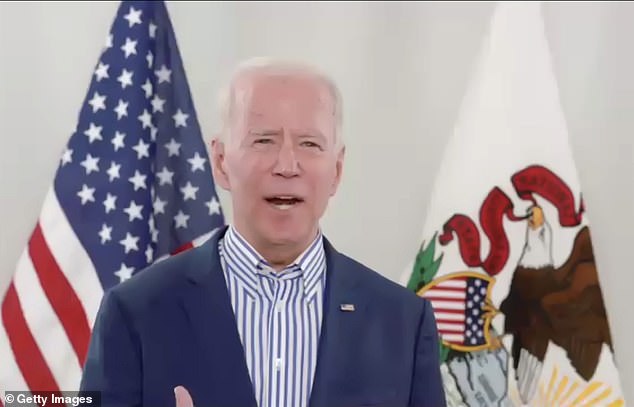 Due to the coronavirus apocalypse, Joe Biden is campaigning virtually now. He just did a very bizarre livestream where he forgot what year it was and rambled incoherently about shit that made no sense.

In a bizarre, meandering livestream put on by Joe Biden's campaign today, he forgets what year it is and when, if he doesn't lose, he would be in office.

At another point, he seemingly forgets he's on a live stream and walks out of frame. The feed cuts away to a logo instead. pic.twitter.com/yM2zFoBfhv

It is amazing to me that there have been millions of real Americans who took time out of their day to go cast votes for this obviously confused and senile old man.

Just a few days ago he said that a worker was full of shit and threatened to slap him when the worker confronted him about his anti-gun political positions. He even rambled on about AR-14s.

Today Joe Biden argued with a voter, called the AR-15 an "AR-14" and then threatened to slap the voter in the face. This is an old man losing control of his mind. At what point do Democrats realize what a giant mistake they’ve made backing senile Joe? pic.twitter.com/PBj3fuKEAu

There are now endless videos of this man saying and doing all sorts of dumb things and people actually think he’s qualified to be the President of the United States? The whole situation is baffling and once again shows how stupid this system of democracy is. Biden belongs in a rest home for old people. He has no business doing anything beyond that.