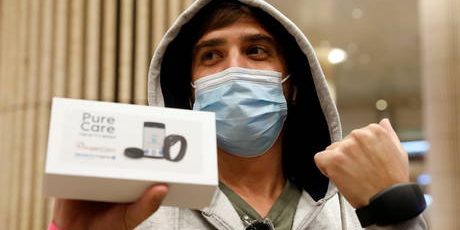 Israel has launched a “freedom bracelet” that tracks people.

This is comical. A bracelet that tracks you is the opposite of freedom. This is the type of thing that’s been done to punish criminals. Making them wear ankle bracelets and things of that sort.

Pretty soon they’ll be saying “war is peace” and “2+2=5.” But in many respects they are already doing this just in many different forms.

You should expect this type of thing to be rolled out everywhere around the world. Next step will be implantable microchips and other weird shit that was once only described in the Book of Revelation.