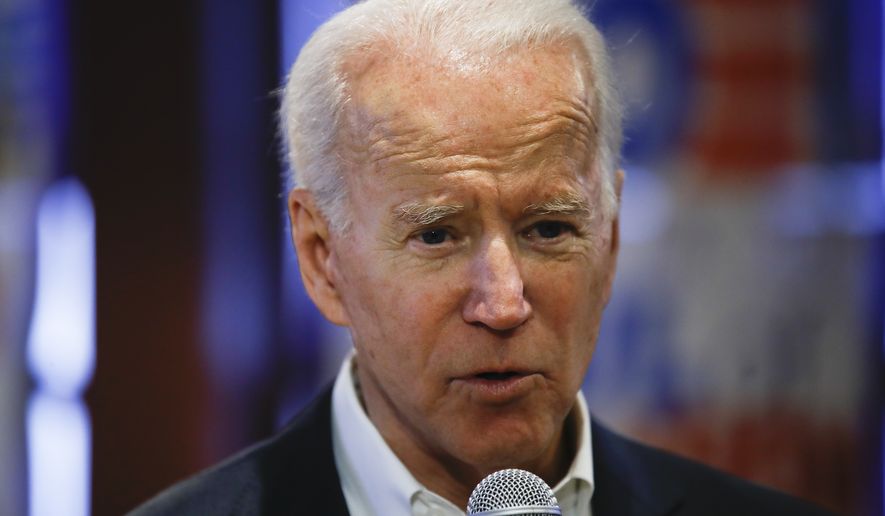 As expected, Joe Biden continues saying stupid shit on the campaign trail. He just called a woman a “lying dog-faced pony soldier” when she asked him about his loss in Iowa and his credibility as a candidate moving forward.

There are people on Twitter trying to defend old Joe by saying it was a quote from a John Wayne movie that he’s used previously.

In January, former VP Joe Biden used the phrase “lying dog faced pony solider” in response to a question about Obamacare. It’s a quote from a John Wayne movie. pic.twitter.com/oduqXA0R53

But if you break down what he said, he basically just flat out called this woman a bitch. Even though I am not a professional political strategist, implying that a woman is a bitch is probably not something you’d want to do at a campaign stop. Especially if you are a Democrat where the entire political brand is based on wokeness, political correctness and other dumb horse shit. Regardless of if it is a quote from a John Wayne movie or something he’s used before is not really relevant.

Biden’s campaign is pretty much dead though. He’s not going to do well in New Hampshire and unless he somehow pulls off a major victory in South Carolina, the establishment is probably going to throw all their support behind Pete Buttplug or the Jewish billionaire Michael Bloomberg. All they care about is rigging the process so that the Communist Jew Bernie Sanders does not become the nominee and they don’t care what horse they ride to do it.