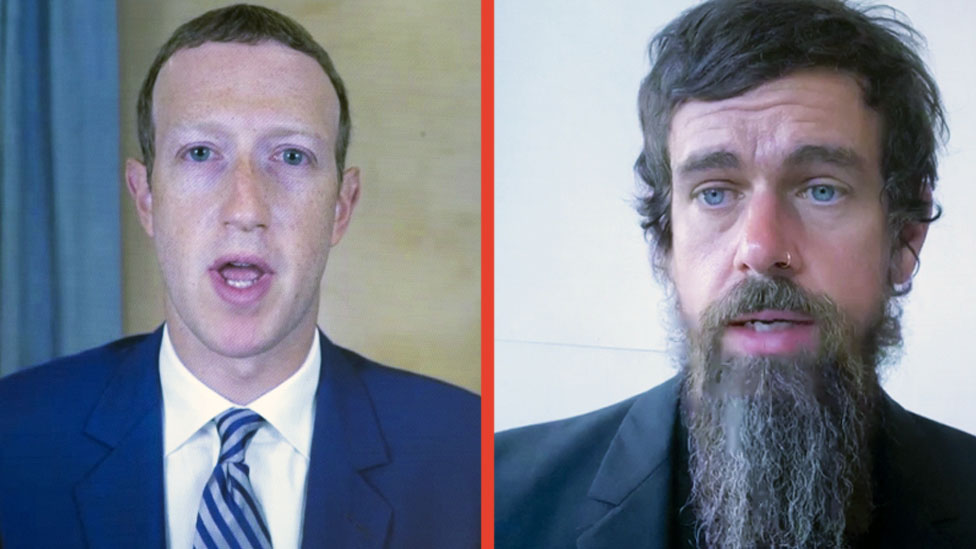 There is no reason to hold any more of these hearings. We already know what these companies have been doing with censorship, blacklisting etc.. This is just an exercise in politicians wanting to appear as if they are taking the many issues with these big tech companies seriously.

“How many times is Steve Bannon allowed to call for the murder of government officials before Facebook suspends his account?" asks Democratic Senator Richard Blumenthal.

Zuckerberg says doing so would not be consistent with Facebook policieshttps://t.co/Qkz7hvmiRp pic.twitter.com/NF9W8Zb5uo

The Republicans criticized both Zuckerberg and Dorsey for censoring speech.

Josh Hawley was able to expose a program courtesy of a Facebook whistleblower that the big tech companies use to coordinate mass censorship.

A @Facebook whistleblower tells me it’s called Centra. Example below. Zuck said he couldn’t recall the name … he’s only the company CEO, after all pic.twitter.com/DLkQ46MiR4

Rush gets it: Zuckerberg admitted under oath today that Facebook DOES have the ability to coordinate censorship with @Twitter and @Google, and a FB whistleblower has explained how they do it https://t.co/p3qSK2NtKB

Of course, we already knew that such a program existed considering how various people were banned and/or blacklisted simultaneously from all the major big tech sites. It didn’t take a rocket scientist to know that these companies were communicating in some capacity. The information exposed by Hawley courtesy of this whistleblower just provided the specifics.

Ted Cruz also made Dorsey looked like an idiot in their exchange.

Outside of that, there really wasn’t anything noteworthy to come out of these hearings. These people have no plans to do anything substantive to fix the problems of online censorship which makes these hearings a stupid circle jerk.

I have been blacklisted by all these companies for years. My domain is on a specific Google blacklist that makes it difficult if not impossible for people to find my material. Because of this mass censorship and the government refusing to do anything about it, I am seriously considering a rebranding of my site and a domain change in order to start reaching people again. Right now, I’m basically just preaching to the choir because of the insane levels of mass censorship we are dealing with.