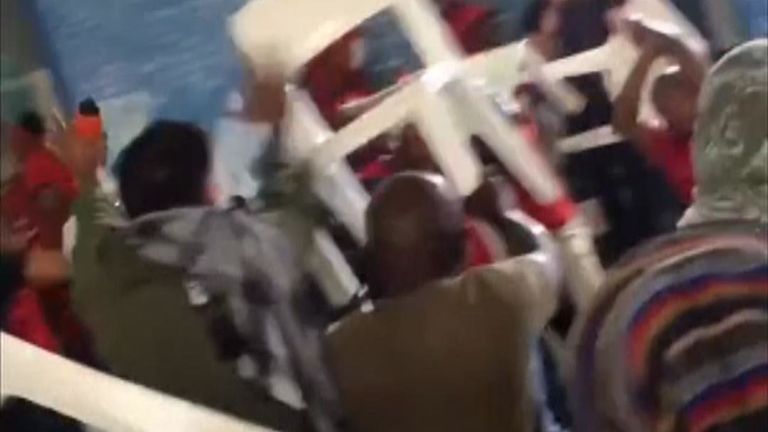 A political debate in South Africa between two political parties filled with niggers turned into a chair throwing contest.

This sort of undermines the argument that race doesn’t exist. You don’t see White people doing this. You only see niggers doing this sort of shit.

The only time I’ve seen White people do this sort of thing was at an Extreme Championship Wrestling event back in the 1990s. And they were only throwing chairs around because Mick Foley aka Cactus Jack requested one of the fans give him a chair as he was wrestling Terry Funk. The fans kept throwing chairs into the ring because they did not know how many chairs he wanted.

But that’s wrestling, not a political debate.