Home US National Guard to Remain in DC Until March 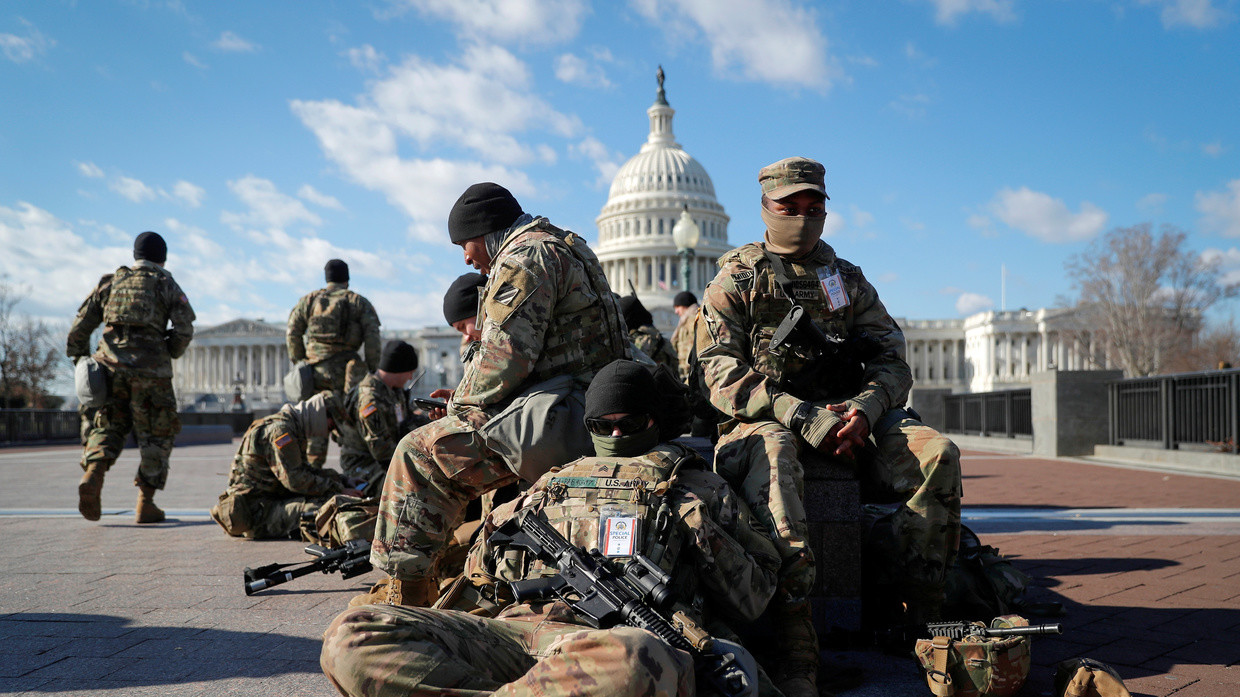 Looks like they’re going to keep soldiers in Washington DC until at least March. They’re justifying the continued presence because of this stupid impeachment circus that’s being pushed.

Some 5,000 National Guard troops will reportedly remain deployed in Washington, DC throughout former President Donald Trump’s impeachment trial, staying in the capital until mid-March. However, discontent is brewing in the ranks.

According to an anonymously sourced Politico report on Sunday, a contingency force of 7,000 National Guard troops will stay in DC until Trump’s trial begins in February, after which 5,000 will stay put until the trial concludes, likely in the middle of March.

Politico’s sources said the deployment was necessary due to “impeachment security concerns,” yet the troops say they’ve been given little information about their mission, which one guardsman said is “very unusual for any military mission.”

It is unconstitutional to go forward with impeachment after a president leaves office. Of course, these people couldn’t give a shit about any of that and are moving forward with it any way. Their goal is to permanently disqualify Donald Trump from being able to hold the presidency ever again.

This pettiness is only angering people more which increases the need for there to be all this security.

But due to the illegitimate nature of the Harris-Biden Jew-pedo regime, it is likely that they are going to maintain a permanent military occupation of the city well into the future. It probably wasn’t the greatest idea to force soldiers into a cold parking garage and treat them like dog shit. Hopefully it will make these people think twice about protecting this fraudulent and evil regime.

Whatever the case, they’re just projecting their illegitimacy by turning the city into a locked down fortress.