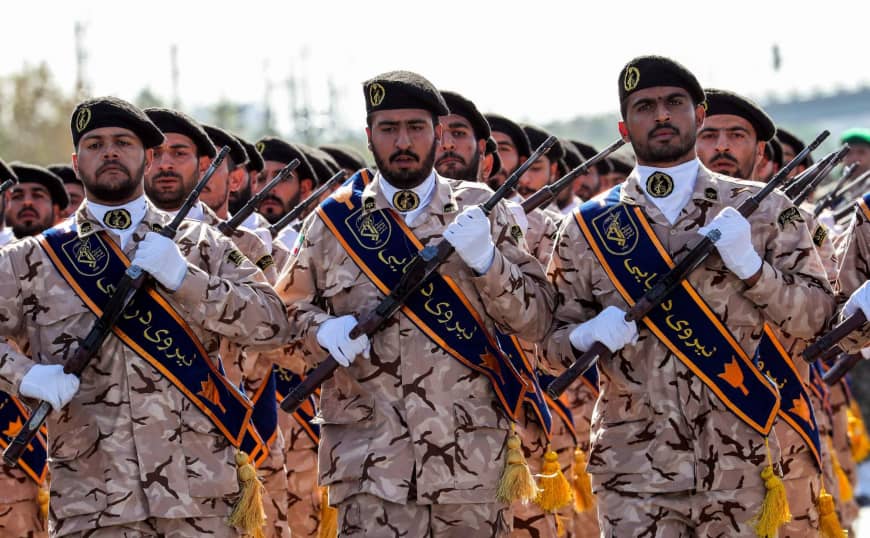 It seems like every day Blurmf is thinking of new things he can do for Israel. And unlike the MAGA agenda there is zero resistance to any of it.

This is just the latest example. They’ve officially designated the Iranian military as a terrorist organization.

The Trump administration is designating Iran’s Islamic Revolutionary Guard Corps as a foreign terrorist organization, taking an unprecedented step as it seems to increase pressure on Iran’s regime. The move seems certain to bring a new level of tension between the two countries, as Iran’s leaders have said they will retaliate in kind.

Iranian lawmakers have prepared legislation that would label the U.S. military as a terrorist group, according to Iran’s state-run IRNA news agency.

President Trump announced the designation Monday morning, in a shift from the decades in which the U.S. has viewed Iran as a state sponsor of terrorism.

“This unprecedented step, led by the Department of State, recognizes the reality that Iran is not only a State Sponsor of Terrorism, but that the IRGC actively participates in, finances, and promotes terrorism as a tool of statecraft,” Trump said, in a White House statement. “The IRGC is the Iranian government’s primary means of directing and implementing its global terrorist campaign.”

This is so fucking stupid. What terrorist groups does Iran support? They actively oppose Al-Qaeda and ISIS. They are not active supporters of terrorists. They do support organizations that defend themselves from Zionist aggression like Hezbollah and Hamas but the Jewish media lies and calls them terrorists. So I guess they’re justifying this stance based off of those lies.

But objectively speaking the United States and Israel are much larger supporters of terrorist groups. They’ve done all sorts of insane shit around the world. Just take for instance all the preemptive wars the United States has waged.

Thank you, President @realDonaldTrump for your decision to designate the Islamic revolutionary guards as a terrorist organization.
Once again you are keeping the world safe from Iran aggression and terrorism.

This is meant to be another election gift for Bibi. It gives him the ability to tell Israelis that they should vote for him because he can get the United States to do whatever he asks.

Iran Says Coronavirus is Probably a US Bioweapon