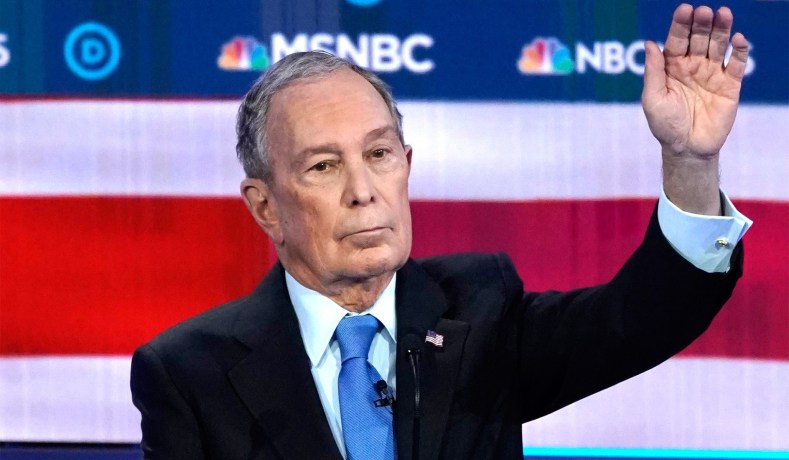 Pretty much everybody agreed that the capitalist billionaire Jew Mike Bloomberg had a terrible debate. I admittedly did not watch much of it, but from what I saw, it was not a good performance by Bloomberg.

The orange man mocked him for his poor debate performance.

“I don’t think there’s any chance whatsoever of Senator Sanders defeating President Trump.” Mini Mike Bloomberg. Mini, there’s even less chance, especially after watching your debate performance last night, of you winning the Democrat nomination…But I hope you do!

He was getting hammered at from all sides and was accused of being a hater of women because of various non-disclosure agreements he’s entered into.

Bloomberg’s popularity was always artificial. It was inflated because of all the advertising he purchased and the fact that the Democrat Party was looking for anybody to defeat crazy Bernie.

The problem is that Bloomberg is an incredibly unlikable individual. This was exposed in this debate. The lack of authenticity oozed through the screen.

And he did all sorts of weird shit when he was New York City mayor. He essentially tried to implement a nanny state by regulating the size of soft drinks and other stupid shit.

The point being, is that he is not an appealing candidate. Especially when you consider the “woke” Democrat voter he needs to appeal towards. They’re not going to vote for a Jewish billionaire with a questionable track record on “woke” issues.

This poor performance increases the chances that Bernie will win the nomination and that Bloomberg will not do well when Super Tuesday rolls around.

Donald Trump was the big winner last night, a fact even Bloomberg agreed with.