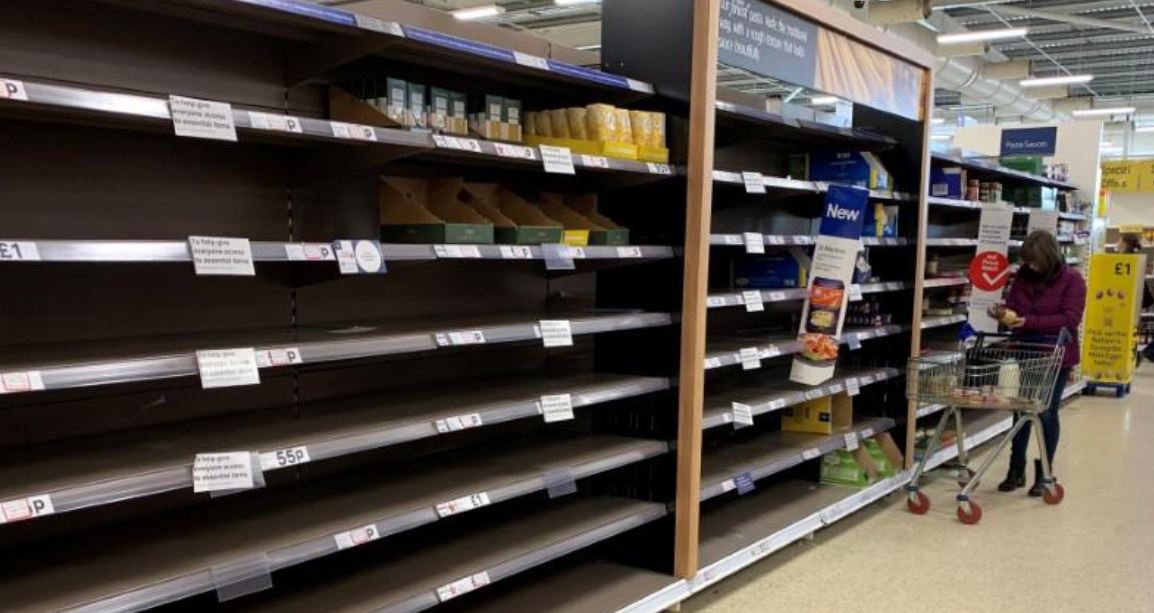 The British government is telling hoarders to stop hoarding after the government ordered a total shut down of the country.

The hoarding problem was further highlighted after a nurse posted a video of herself in tears after her shift and finding bare store shelves. Her video has generated a fair amount of media attention.

Britain on Saturday told people who were panic-buying and hoarding food due to the coronavirus outbreak to calm down, pointing to a video on social media showing an exhausted nurse driven to tears by finding shelves bare after her shift.

Shoppers have been emptying the shelves in many supermarkets over the past week, with some wrestling over toilet roll and others hoarding everything from pasta to frozen peas as the government told people to stay home and avoid contact.

A billion pounds ($1.2 billion) of extra food have been squirreled away over the past three weeks, putting massive pressure on supermarkets, environment and food minister George Eustice said.

At a news briefing, he urged people to “be responsible when you shop and think of others”.

“There is more than enough food to go round and our food supply chain is able to expand production to cope with increased demand,” he said.

“Buying more than you need means that others may be left without, and it is making life more difficult for those front-line workers such as our doctors and nurses and NHS (National Health Service) support staff.”

The only way you’ll stop this problem is by rationing and threatening to shoot the people who are hoarding product.

The United Kingdom like the United States is not a cohesive society thanks to Jewish-enforced multiculturalism, so the hoarding problem will definitely continue unless draconian measures are taken. People simply do not give a shit about one another in a multicultural system and we are seeing this come to the surface now that shit is hitting the fan.