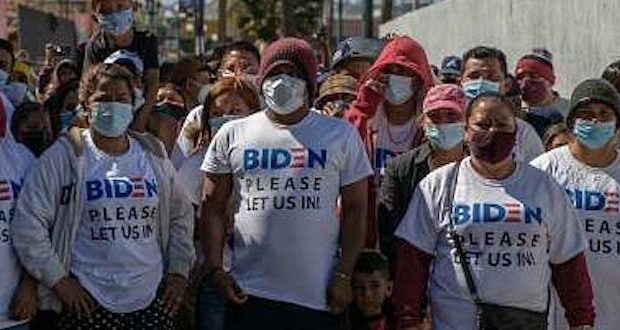 Last month, 100,000 migrant invaders were detained trying to enter the United States. Many of them have been given t-shirts asking Joe Biden to let them in.

I would bet almost anything that a Jewish group gave those invaders the Biden t-shirts. Probably a George Soros linked group etc..

These people are being used though. There are no jobs in America but I guess they assume they’ll get welfare if they make it into the country? Who the hell knows what they’re thinking but they’re obviously being used by Jewish interests as a battering ram against White Americans. That much is obvious.

US Border Being Overwhelmed With Subhuman Filth

New Caravan of Invaders Headed Towards the United States