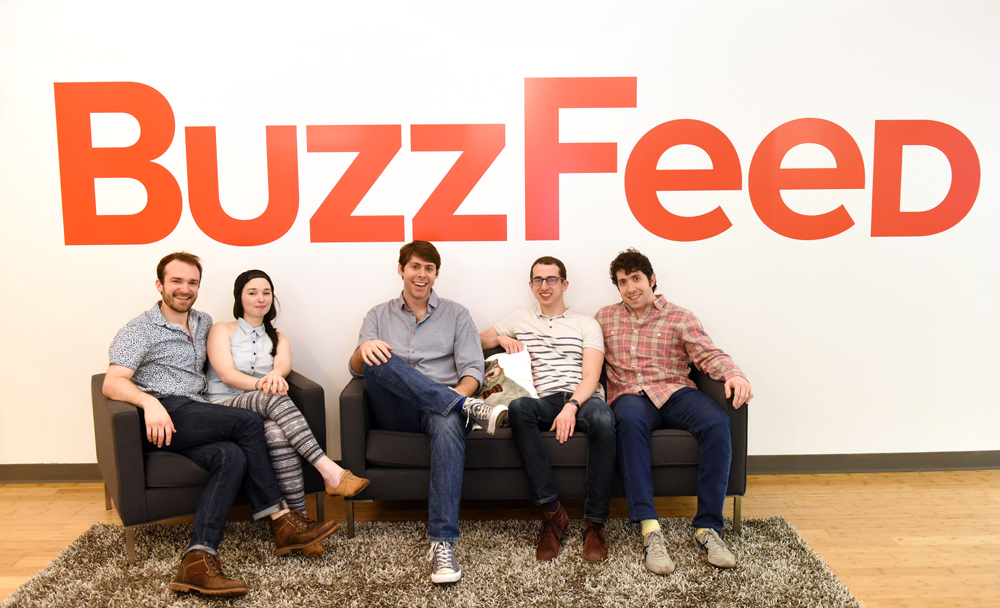 If the coronavirus hysteria results in retarded Jewish media operations like BuzzFeed getting closed, that would be one of the greatest things ever. BuzzFeed just announced huge cuts in staff pay over the situation.

BuzzFeed is cutting pay for its employees as the company attempts to weather the coronavirus pandemic.

In an internal memo on Wednesday, the company announced a graduated salary reduction for the majority of employees for the months of April and May, adding that company brass would meet with the news union to ratify the cuts.

Staffers in the lowest bracket—which includes anyone making under $65,000 annually—would experience a five-percent reduction, while those making between $65,000-$90,000 would experience a seven-percent cut. Other staff would take nearly a 10-percent pay cut, while executives would take between 14-to-25-percent in pay reduction.

CEO Jonah Peretti confirmed in a note to staff that “I will not be taking a salary until we are on the other side of this crisis.”

Peretti added in the memo that the company was attempting to stave off layoffs by implementing the salary cut, limiting hiring and travel, and reducing real estate costs.

“I understand this will be a real hardship for everyone, but our goal is to make it possible for all of us to get through this,” Peretti said.

Hopefully BuzzFeed is forced to shut down. They are paying their employees too much any way.

I run this website at a financial loss because I am that dedicated to providing truthful and accurate information for the American people.

BuzzFeed is dedicated to providing untruthful and fake information to the American people yet their employees are raking in outrageous salaries for such fuckery.

Take for instance the fake #Pissgate dossier the kike Ben Smith pushed as a political attack against Donald Trump.

The bottom line is that this shit website deserves to go bankrupt for what they are doing.

Plus, the people who work at BuzzFeed are a bunch of millennial cunts and faggots. You’d have to be to be hired at such an opeeration.

They’ll be fine any way. I’m sure all of them can just “learn to code.”