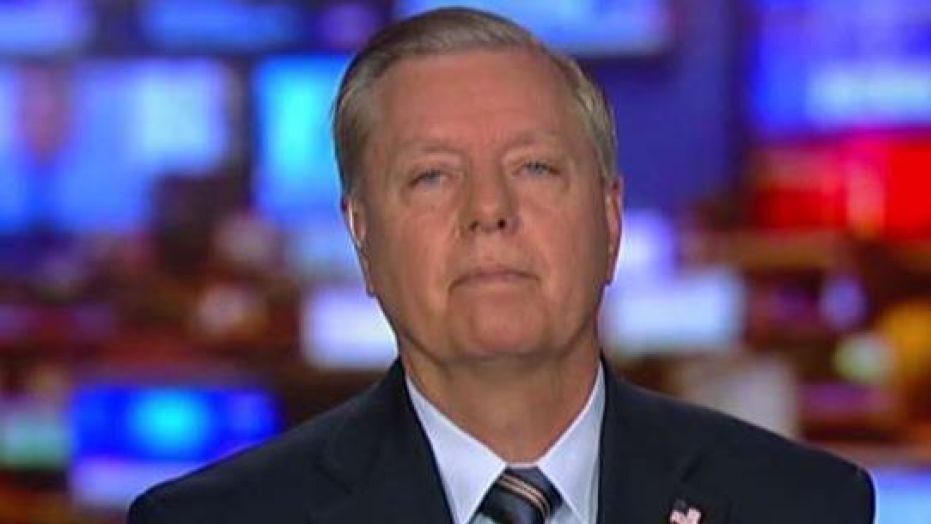 The Zionist lunatic Lindsey Graham was on Fox News the other day claiming that we can’t leave Afghanistan because it will result in another 9/11.

Sen. Lindsey Graham, R-S.C., warned in an interview with Fox News Saturday that withdrawing U.S. troops from Afghanistan would lead to “another 9/11,” saying that America can’t “outsource” U.S. national security to the Taliban.

“If we left tomorrow, the Taliban cannot be trusted to take care of ISIS and Al Qaeda,” Graham told chief intelligence correspondent Catherine Herridge. “They don’t have the capability. So when you ask our intelligence community…what would happen to America if we withdrew all of our forces. They tell us without any hesitation it would lead to another 9/11 in a matter of time.”

When asked what the timeframe for such a situation would be, Graham said it would be “years not decades.”

The U.S. invaded Afghanistan in the wake of the 9/11 attacks in 2001, beginning an 18-year involvement – the longest in U.S. history. The conflict has killed more than 2,000 American troops, injured more than 20,000 and cost nearly a trillion dollars since 2001.

President Trump announced a 4,000-troop increase in August 2017 as part of an effort to break the stalemate in the country. But he has been moving toward agreeing to a phased withdrawal of troops. The Washington Post reports that U.S. Special Envoy Zalmay Khalilzad is negotiating a deal to draw down troops from 14,000 to 8,600.

The two sides have been discussing an agreement in which the U.S. withdraws from Afghanistan, in return for the Taliban promising to ensure that Afghanistan does not become a haven for terrorists and Al Qaeda.

This is just insane talk. How much longer do we need to be over there in the name of fighting terrorism? We are closing in on having military forces in Afghanistan for nearly 20 years now. It’s been a total waste of time and resources.

As far as Graham’s argument that leaving would cause another 9/11, this could be prevented by simply banning Moslems and Islam. In fact, this would have been the logical and rational move following the 9/11 attacks. But instead of a reasoned response, we had George W. Bush shilling nonsense about how Islam is a religion of peace. He also claimed that we had to fight them over there so we don’t fight them over here all the while leaving our borders completely open.

Everything we’ve done after 9/11 has been the exact opposite of what should have happened. We bombed the shit out of Moslem countries, while allowing endless numbers of “refugees” from these places to come into the West.

These are policies you would implement if you wanted to increase Islamic terrorism and these are the exact same policies Graham has been shilling for over his entire political career.

Of course Graham is largely just a shill for Jews and Israel. The Jews probably have some blackmail material on him engaging in homosexual activities which would explain why he is such a rabid shill for these retarded wars. It couldn’t be any more obvious that these wars have primarily been designed not to fight terrorism but to benefit the Zionist regime of Israel.