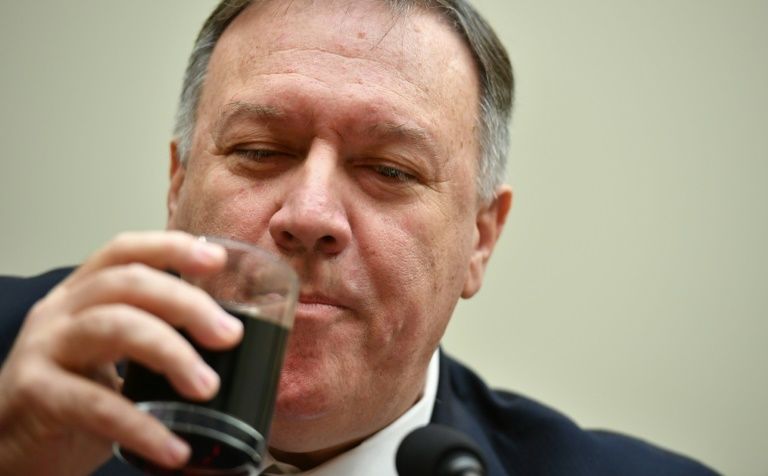 Considering that the fat Zionist lunatic Mike Pompeo was the central figure involved in this “peace deal,” I am skeptical that it is a “peace deal” at all.

The United States signed a historic peace treaty with Taliban militants on Saturday, aimed at ending the 18-year war in Afghanistan that began after the Sept. 11, 2001 terrorist attacks.

U.S. Secretary of State Mike Pompeo spoke cautiously in front of Taliban leaders in Doha, Qatar, calling the agreement a “true test” of their commitment to peace.

“We will closely watch the Taliban’s compliance with their commitments and calibrate the pace of our withdrawal to their actions. This is how we will ensure that Afghanistan never again serves as a base for international terrorists,” he said.

Pompeo’s arrival in Doha, Qatar on Saturday followed reports that, just days earlier, he had informed a conference of U.S. ambassadors at the State Department that he was only attending the signing because President Trump has insisted on his participation, two people present told The Associated Press.

“This agreement will mean nothing and today’s good feelings will not last if we don’t take concrete actions on commitments and promises that have been made,” Pompeo said, seemingly directed at his counterparts.

Among those in attendance were leaders of the Taliban, who harbored Osama bin Laden and his Al Qaeda network as they plotted, and then celebrated, the hijackings of four airliners that were crashed into lower Manhattan, the Pentagon and a field in western Pennsylvania, killing almost 3,000 people.

As part of the agreement, the U.S. is drawing back a number of the approximately 13,000 troops stationed there, although more than 8,000 will remain to ensure certain counter-terrorism conditions are met by the Taliban.

Another condition of the agreement calls for the release of 5,000 Taliban members from Afghan-run jails, although it was not clear if the Afghan government will comply with that.

At the end of the day, there will still be a sizable American military presence. There is also no guarantees that violence and conflict won’t break out again.

The whole situation is insane. We’ve been there for almost 20 years now. A continued presence in this sand pit is of no benefit to the American people.

Donald Trump was elected to end these stupid forever wars but we keep hearing excuse after excuse as to why a full and complete withdrawal from Afghanistan and other areas can’t happen.