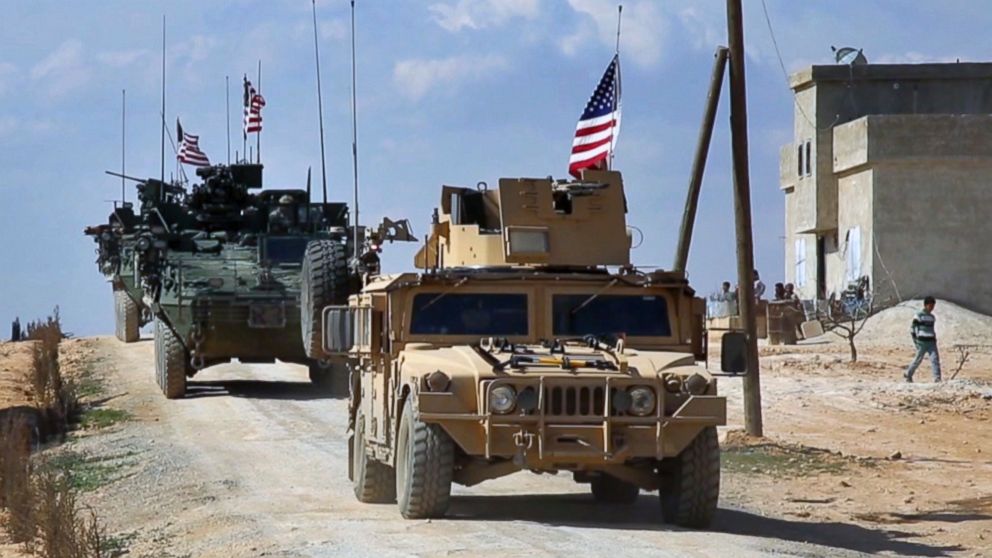 Looks like American forces aren’t going to be totally withdrawn from Syria as the orange man originally promised. An American general is saying that the United States is committed to staying in the region.

U.S. troops at military outposts ín eastern Syria asked variations of the same question to their top commander Saturday: What is our future here? What are the goals we need to think about?

Gen. Frank McKenzie, the U.S Middle East commander, knows the future is not certain. But at least for today, he said, “this is an area where we made a commitment. I think we’re going to be here for a while.”

In an unannounced tour of five military bases in Syria stretching from the northeastern part of the country to the Middle Euphrates River Valley, McKenzie offered reassurances that the U.S. remains committed to its mission in Syria. And he said that operations against Islamic State militants are on the rise again, after the U.S. cut back due to the increased tensions with Iran and the need to concentrate on increasing security.

But these are uncertain times. And America’s mission to train and partner with Syrian Democratic Forces in the fight against the Islamic State group has been tested.

The orange man previously said that ISIS was defeated on numerous occasions. The leader of ISIS was even killed by the heroic ISIS-killing dog Conan. The orange man had a ceremony for the dog and everything.

So why is there a general saying that there’s going to be an increase in operations against ISIS in Syria?

Obviously somebody is lying.

But what this shows is how incoherent American foreign policy is in the Middle East. There is literally zero strategic interest in having American forces in Syria. We’ve been told that they are there to guard Syrian oil fields and now we are hearing that we need them there to continue the fight against ISIS an entity which was allegedly defeated already.

And all this comes after the orange man ordered a drone strike that killed the popular Iranian General Qassem Soleimani, a man who led forces which successfully fought and defeated ISIS forces.

None of this makes any sense unless you consider that the purpose of American forces in the region is to create chaos for the benefit of Israel. The orange man has been bullied by Jews and neocons into continuing this unnecessary military presence. So now we are just hearing all sorts of bullshit excuses as to why we need to stay there.