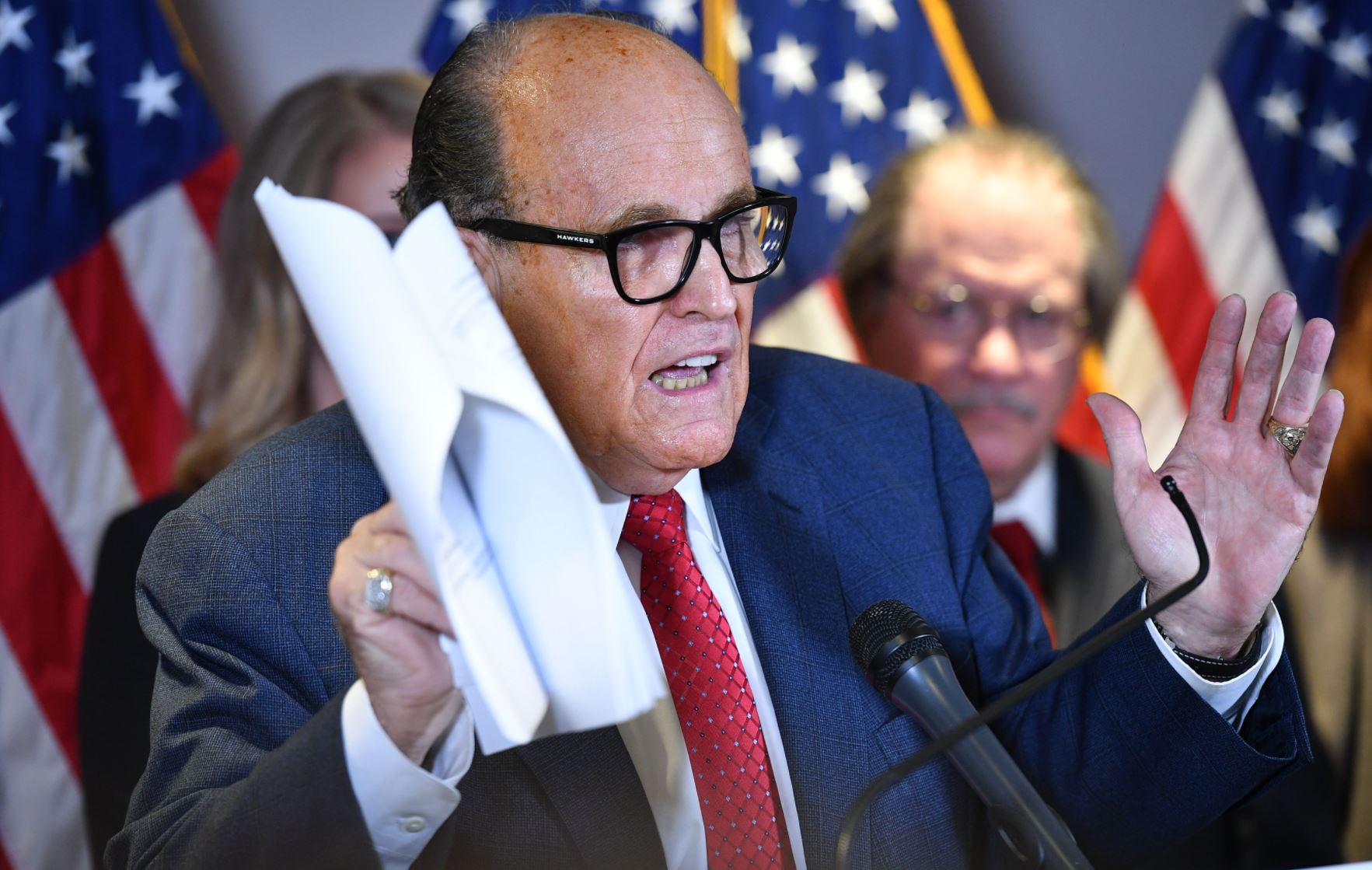 Donald Trump’s legal team held a fantastic press conference yesterday providing a general summary of the massive amounts of evidence they have proving that massive voter fraud took place in the recent election. Rudy Giuliani and Sidney Powell were both totally on point with everything. Rudy rightly criticized the fake news media for failing to report the facts of what happened and for covering up these massive crimes. Both him and Powell were full of energy and fired up over the situation.

It’s worth a watch if you haven’t seen it already.

The Jewish fake news media instead of focusing in on the substance of what was presented, focused on Rudy sweating and hair dye running down his face while claiming with no evidence that he and Trump’s legal team were making things up.

Right after the press conference, this dumb bitch Kristen Fisher on Fox News just said that Rudy was lying without provide any specifics.

The worst part was Tucker Carlson’s coverage of it. He implied that the Trump campaign was not willing to provide evidence to back their claims of election fraud.

The idea that they were unwilling to provide evidence is total bullshit. They cited several affidavits from people describing all sorts of illegal acts and voter fraud which by definition is evidence. Trump’s legal team has many hundreds of these affidavits that they will be presenting to the courts.

Joe Biden’s alleged win has also proven to be statistically impossible. There is no way a senile old man who couldn’t draw anybody to his campaign events won the most votes in the history of the country. Such a result was not possible without massive amounts of fraud being involved.

I think this coverage by Carlson shows that he could be compromised and can’t be trusted to provide truthful information moving forward. Fox News has gone full CNN now. It’s just a shame that Carlson who for the past few years has been putting out some really good material is now shilling the mainstream bullshit fake news narrative on this election hoax.

But it is possible that this was the only way he could stay on air. If that’s indeed what happened, he should have quit in protest and negotiated a job with Newsmax or One America News. Going along with the fake news bullshit is only going to prove harmful to his brand.