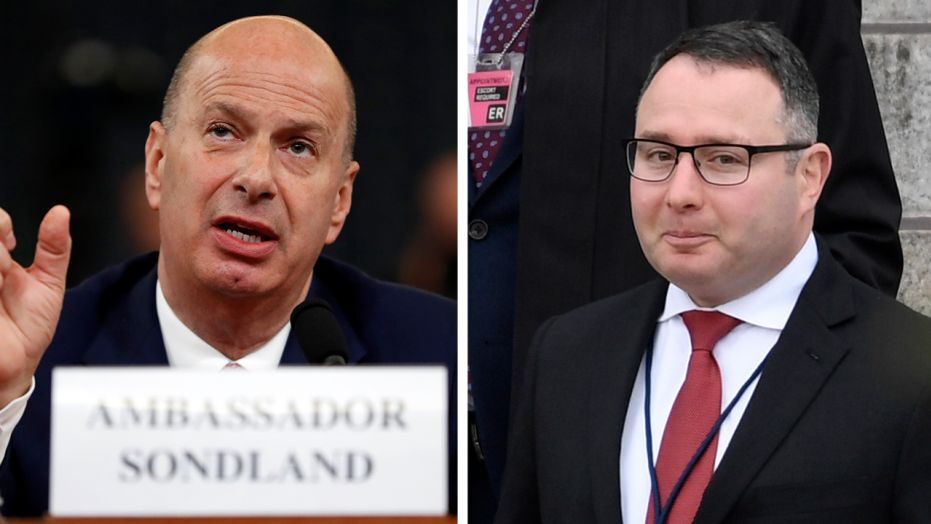 Donald Trump has just removed the Jews Gordon Sondland and Alexander Vindman from his administration. Sondland was the ambassador to the European Union and Vindman was a field grade military officer on the National Security Council. Both gave testimony during the Democrat’s impeachment hoax falsely claiming that Trump did bad things on his call with Ukraine’s Jewish leader.

Lt. Col. Alexander Vindman, who made waves as a witness during the Trump impeachment proceedings, was fired Friday by the National Security Council and escorted off of the White House grounds,https://t.co/cWChhALGS6

This should be a wake up call for Trump. It’s impossible for me to believe that he doesn’t understand that the impeachment circus was mainly a Jewish conspiracy against him. Not only was he stabbed in the back by two Jews in his own administration, but the main people in Congress pushing impeachment down everyone’s throats were the Jews Jerrold Nadler and Adam Schiff.

Everything about the impeachment hoax was Jewish. You’d have to be blind not see it.

He needs to get rid of any and all Jews around him and that especially includes his Jewish son-in-law Jared Kushner. It’d also be nice if he stopped this deranged over the top Israel First agenda but that’s probably asking too much.

I am glad to see him get rid of both of these kikes though. The kike-run press is none to happy about it and they are acting like he had no right to fire them which is bullshit. The President of the United States can fire whoever the hell he wants in his administration and both of these kikes certainly deserved to get the boot.