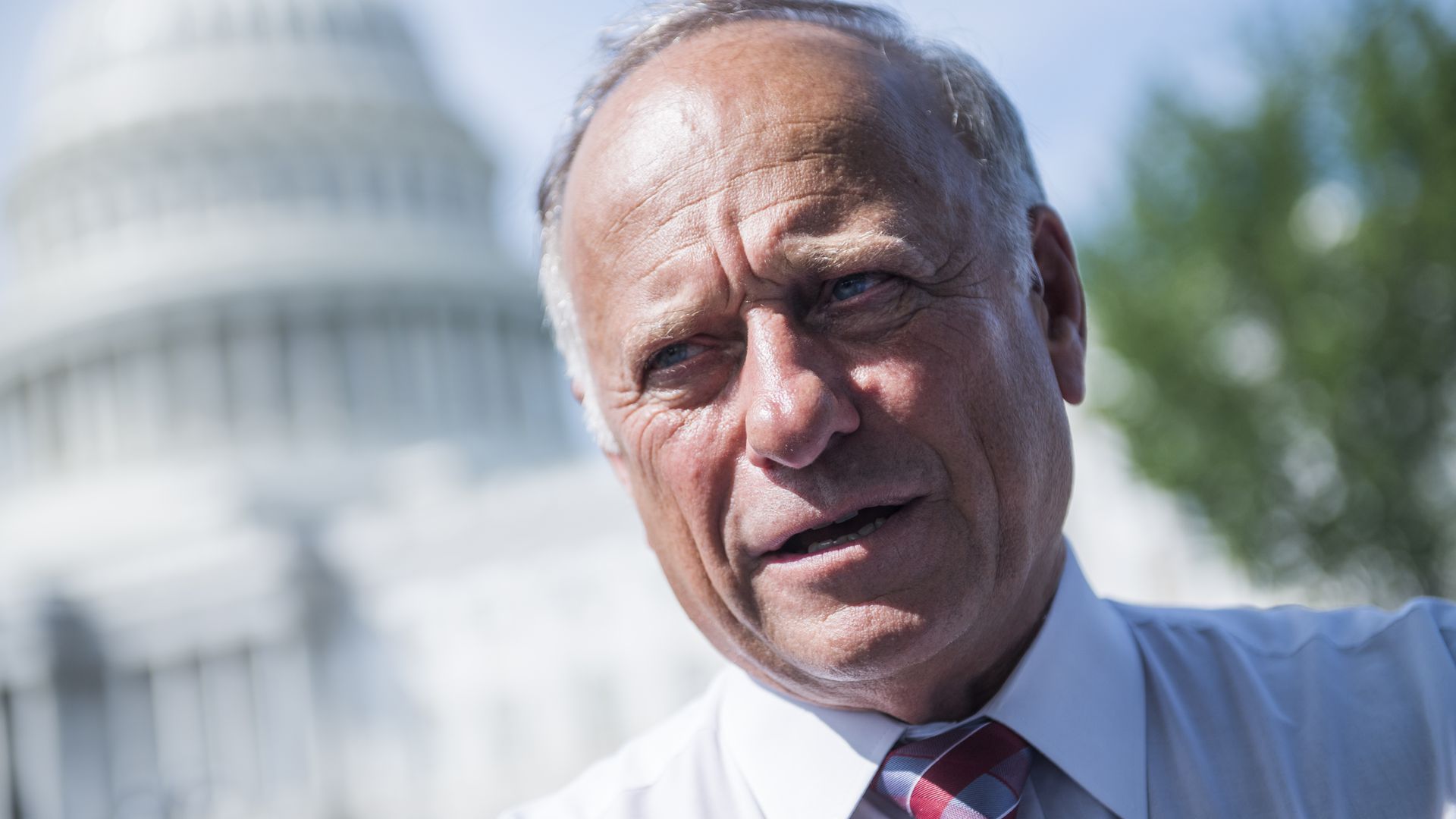 The Jews have launched a pretty vicious smear campaign against Republican Representative Steve King. A Hebrew looking individual went into a public forum King was holding and tried to blame King for the recent Pittsburgh synagogue shooting.

King had none of it and told him that he knew he was going to do an ambush from the beginning. Undoubtedly King knew this because of the giant hook nose that protruded from the man’s face.

He also criticized King for meeting with the Austrian Freedom Party a moderate Alt-Lite political party. The Washington Post ran a piece on this, bashing him because the trip was allegedly funded by a Holohoax memorial group.

King has also been under attack by Jewish writers at the Washington Post and the Jewish Anti-Defamation League.

MSNBC is openly referring to King as a White nationalist due to the fact that he’s been outspoken in his desire to preserve Western civilization.

These Jews still seem to think that labeling people as “Nazis” and “racists” is an effective strategy to smear people. They don’t seem to realize that people are sick of political correctness and don’t give a shit about this nonsense any longer. There has been a massive racial awakening in Whites over the past several years that they haven’t fully grasped. We don’t live in the same world that we even lived in five years ago.

If you live in King’s Iowa district, be sure to vote for him. Yeah, he’s pro-Israel, but he’s also been one of the most outspoken members of Congress in defending White racial interests. The Jews seem to think that they can score a propaganda victory by having him removed from Congress. We simply can’t let this happen.