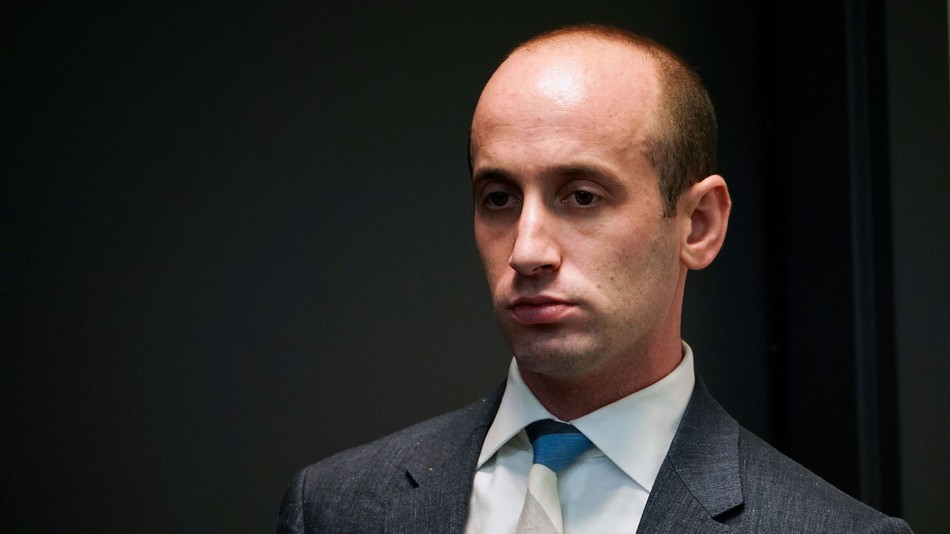 It looks as if the MAGA Jew Stephen Miller is behind Donald Trump’s recent purge at the Department of Homeland Security.

Nielsen’s departure and other high-level purges directed by the White House — reportedly spearheaded by Miller — have battered the department’s leadership and underscored tensions between the Senate and the White House. Some GOP senators, who have been vocal about their support for Nielsen, are worried the shakeup will lead to an unstable and highly politicized department.

Miller, 33, has made a name for himself acting as a fierce public surrogate for President Trump and pushing for a harder line on immigration. He served as communications director for then-Sen. Jeff Sessions from 2012 to 2016 before joining the Trump campaign in January 2016.

The Washington Post did an article describing how there’s an internal battle between Jared Kushner and Stephen Miller in the White House over the administration’s direction. Figures, that both are Jews.

It would appear as if Miller was able to convince Trump that he was losing his base over the border failure and that Trump gave him broad authority to fix the problems. Of course, Kushner’s entire purpose is to thwart the MAGA agenda and has been plotting a different direction on immigration. One that would ensure the status-quo continues. Miller despite being a Jew, seems to be one of the few figures left that is still trying to implement MAGA. He has repeatedly made statements showing him to be an immigration hardliner.

The fact that you have the Jew media promoting stories about Miller being a White nationalist is a sign that he is trying to do the right thing. These stories are them effectively calling him out as a race traitor. But Miller seems to view the invasion from a more pragmatic perspective. He seems to be on board with MAGA and I haven’t seen him do anything to suggest otherwise.

Ultimately though, it is hard to be optimistic that Miller will succeed. Kushner is Trump’s son-in-law and appears to have Trump under some type of magic spell. So just based on this, it is far more likely that Trump will end up siding with what he wants over Miller.

We’ll just have to see though. The firings at Homeland Security is a good first step, but there’s much more that has to happen in order to fix all these problems. They need to bring Kris Kobach to run Homeland Security or as some type of immigration czar and begin making some real substantive policy changes.

Mexican Invader Slits Own Throat After Barred Entry Into America