Home US Roger Stone Found Guilty for Some Alleged Bullshit 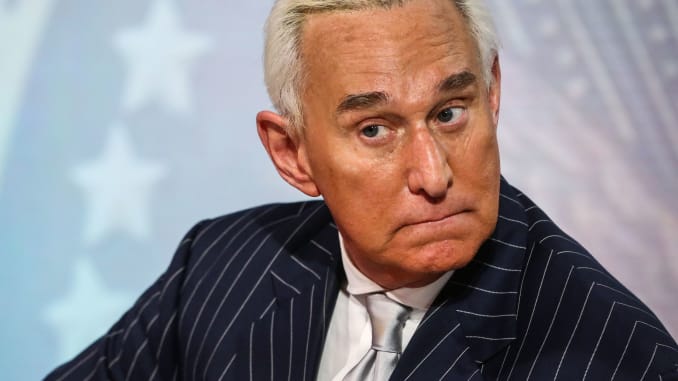 Roger Stone was just found guilty of doing some alleged bullshit that nobody can even explain. I guess he could face up to 50 years in jail or something.

The orange man took a break from tweeting 24/7 about the Jewish impeachment circus that’s been going on to tweet about Stone’s conviction.

So they now convict Roger Stone of lying and want to jail him for many years to come. Well, what about Crooked Hillary, Comey, Strzok, Page, McCabe, Brennan, Clapper, Shifty Schiff, Ohr & Nellie, Steele & all of the others, including even Mueller himself? Didn’t they lie?….

….A double standard like never seen before in the history of our Country?

The orange man makes some good points. Whatever Stone is alleged to have done, the crimes of all the people he mentioned are many more times worse. But for some reason, nothing has happened to them. There hasn’t been a single indictment against any of these people and I have no confidence that there ever will be.

Seriously, what sort of fucked up justice system do we have in America? Shit like this should not be happening.

I literally believe that the old Soviet Union had a more fair justice system than what currently exists in the ZOG that is the United States.