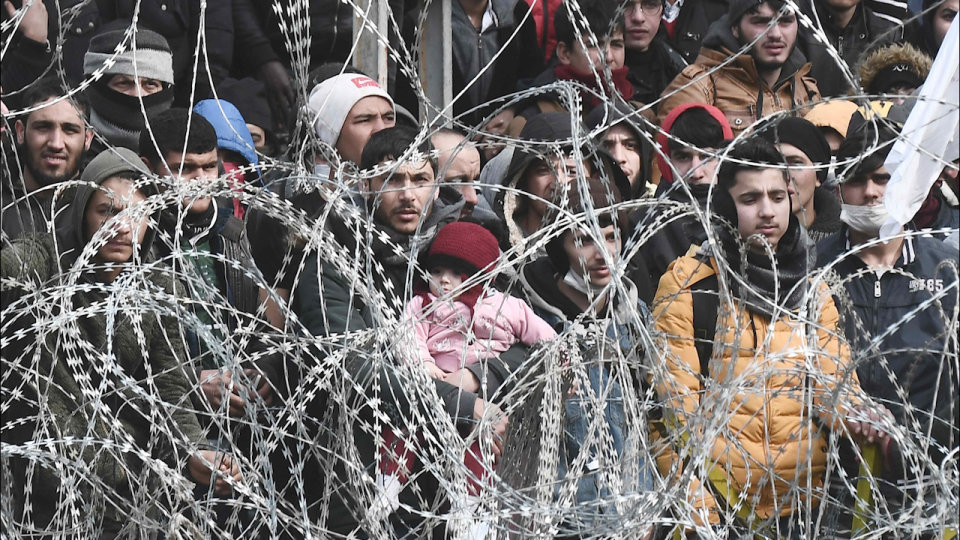 The “refugee” invasion green lit by Turkey continues along the Turkey-Greece border.

A group of migrants on Saturday tried to bring down a fence in a desperate attempt to bust through the border into Greece while others hurled rocks at Greek police. Greek authorities responded, firing volleys of tear gas at the youths.

At least two migrants were injured in the latest clash between Greek police and migrants gathered on the Turkish side of a border crossing near the Greek village of Kastanies. As in previous confrontations this week. officers in Greece fired tear gas to impede the crowd and Turkish police fired tear gas back at their Greek counterparts.

Groups of mostly young men tied ropes onto the fence in an attempt to tear it down. Some shouted “Allah is Great” while others shouted “open the border.”

It was not immediately clear what caused the two migrants’ injuries. A Greek government official said the tear gas and water cannons were used for “deterrence” purposes.

Thousands of migrants headed for Turkey’s land border with Greece after President Recep Tayyip Erdogan’s government said last week that it would no longer prevent migrants and refugees from crossing over to European Union territory. Greece deployed riot police and border guards to repel people trying to enter the country from the sea or by land.

Erdogan plans to be in Brussels on Monday for a one-day working visit. A statement from his office did not specify where he would be during his visit or the reason why he’s heading to the EU’s headquarters.

The announcement came hours after EU foreign ministers meeting in Croatia on Friday criticized Turkey, saying it was using the migrants’ desperation “for political purposes.”

Greece’s military should just start shooting these people. The war in Syria is pretty much over so there is no longer any justification for these people to just walk into Europe because of war in Syria. There is also no reason why these invaders can’t just return to Syria. Of course, many of these people trying to invade Europe aren’t even from Syria.

These so-called “refugees” are invaders being assisted by the Turks. The Turks are angry that Europe is not supporting their conflict in Syria which is why they unleashed these “refugee” hordes on them. This is pretty much an act of war committed against Greece and Europe by the Turks.

Turkey should be removed from NATO over this.

But will they? Probably not.