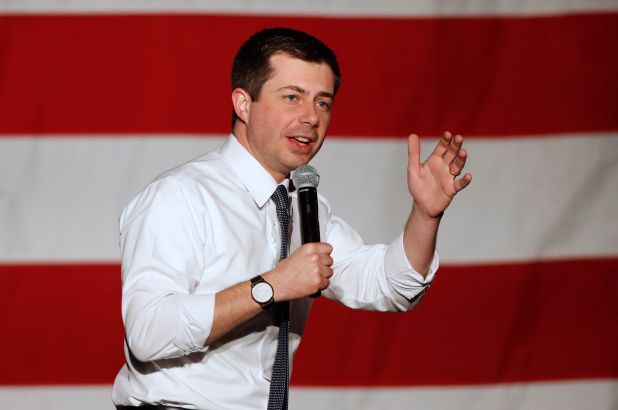 New: Pete Buttigieg’s campaign is alleging “irregularities and a number of unresolved questions” against the Nevada State Democratic Party.

The complaints center on how early voting totals were folded into caucus day totals & claim “anomalies in the data.”

Here is the letter: pic.twitter.com/HYlvHqsr4n

Actually, the fact that Sanders won overwhelmingly, makes the prospect that widespread vote fraud happened far less likely. This despite the Democrat Party establishment doing all sorts of weird things in the lead up to the vote. They made volunteers sign nondisclosure agreements and instituted some type of weird Google technology to calculate votes. They were basically doing all sorts of things that would potentially assist them to rig the vote.

Gay Pete certainly didn’t seem concerned about all the fuckery that went on in the Iowa Caucuses though. That’s because said fuckery was widely agreed to have helped him. But since he didn’t do well in Nevada, it’s funny to see him get suddenly concerned about vote fraud. A bit hypocritical I would say.

Vox did a whole article saying that Donald Trump who raised questions about election fraud in advance of the Nevada Caucuses was doing so because he’s an agent of Russia.

So based on this, we can safely conclude that Pete Assplug is secretly working with Donald Trump and Russia to undermine confidence in American democracy.