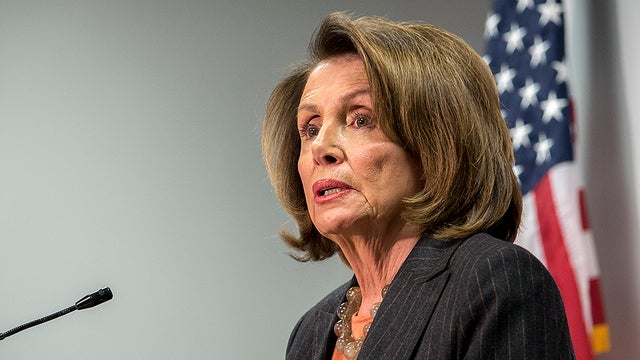 The horribly evil cunt Nancy Pelosi now wants a 9/11 style commission to investigate the events of the Capitol storming.

This is just another political stunt from the Democrats to deflect from the fact that they stole the election and hate the American people. They represent the interests of billionaires, corporations and wealthy Jews. This fact is becoming increasingly more known to people regardless of their political leanings.

The bottom line is that there is no need for an investigation. We already know what happened. People were allowed to enter the building by police and we had groups like the Proud Boys and Oath Keepers who were being led by FBI assets involved in entering the building. This event has been used to falsely claim that normal Donald Trump supporters are terrorists.

Pelosi herself ignored the security concerns that Capitol Police had prior to January 6th. She did nothing to ensure the building was secured. She was part of the conspiracy that allowed this all to happen.

That request was denied by Speaker Pelosi and her Sergeant at Arms.

During the attack, Capitol Police made the request again.

It took over an hour to get approval from Pelosi’s team! https://t.co/ctOWZ4PExw

Outside of a podium being moved around and some minor damage, there was very little violence that happened. The worst case of violence was that of a cop shooting a female supporter of Donald Trump.

Also the story about that Officer Sicknick cop who was said to have been killed by a Trump supporter hitting him in the head with a fire extinguisher has been exposed as a hoax. The story sounded implausible when it was being plastered all over the media and now we know for a fact that it never happened. Even the liars at the New York Times had to retract the fire extinguisher claims.

Amazing: the NYT just quietly appended this so-called "update" – which is really a correction if not a retraction – to its Jan 8 article about Officer Sicknick's death.

This is the article that caused the media to spend a full month spreading the false "fire extinguisher" tale: pic.twitter.com/lA2YZEdsUF

This idea that this was some type of 9/11 event, an insurrection etc.. is absurd.

The purpose of this commission if it is officially formed will be to further attack Trump and to coverup the Democrat involvement in allowing this whole circus to unfold. The 9/11 Commission served the same purpose in that it covered up the fact that it was an event largely pulled off by Israeli and Saudi intelligence for the benefit of Jews and helped reinforce the official fairly tale about Osama Bin Laden and Al-Qaeda.