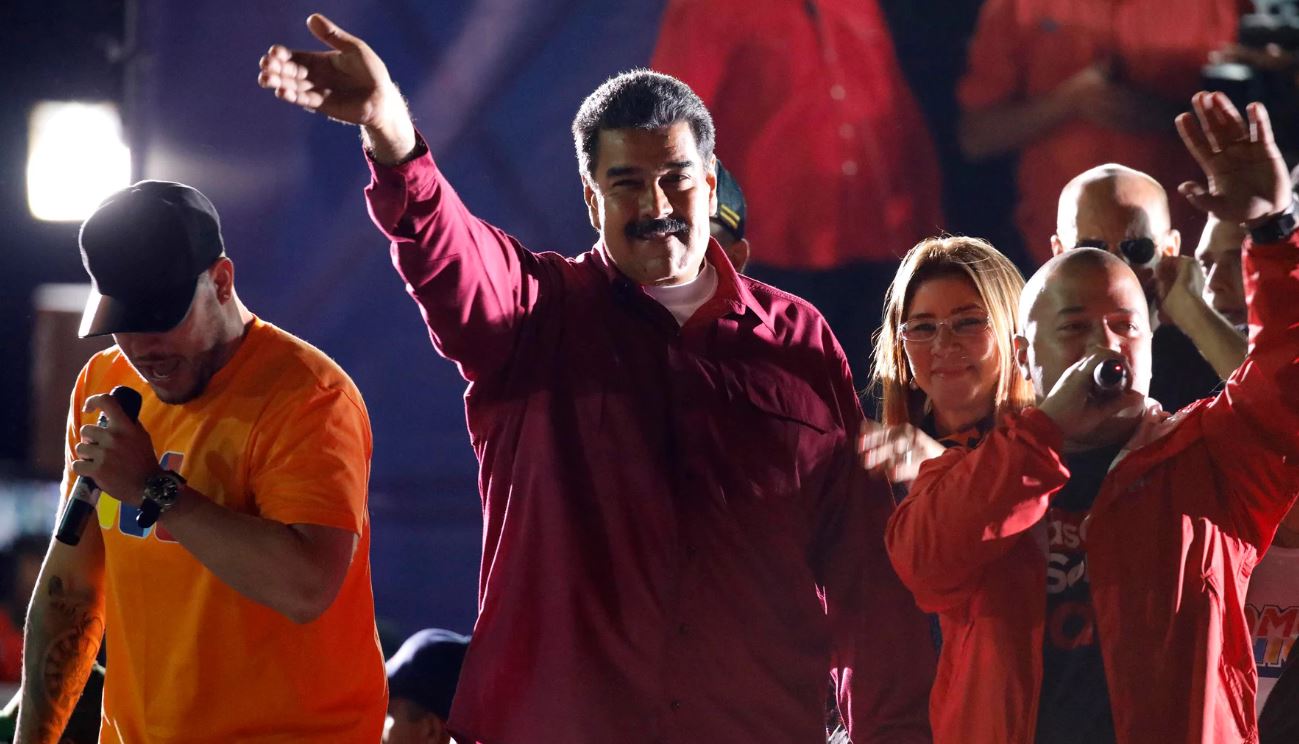 What a mess Venezuela is. The country is plagued by economic problems and many people don’t have food to eat due to inflation. Despite all the problems, Nicolas Maduro the sitting leader won re-election. His opponents are claiming that the election was rigged.

Venezuela’s National Electoral Council (CNE) announced on Sunday the re-election of President Nicolas Maduro with 67.7 percent of the vote. His closest challenger, Henri Falcon, came in second with 21.2 percent, while Javier Bertucci was third with 10 percent.

CNE President Tibisay Lucena announced the results with 92.6 percent reporting and said the turnout was 46.1 percent.

In a televised address on Sunday encouraging voters to head to the polls, Maduro accused the United States of carrying out “a ferocious campaign” to “tarnish the Venezuelan elections.”

Despite reports of tepid turnout, polling stations remained open more than two hours after they were scheduled to close.

The Democratic Unity Roundtable (MUD), the united opposition parties’ alliance, had sent out a clear message asking voters to abstain from going to the ballot box. The decision to not participate in the vote was made in protest, as a rejection of the electoral system, which they said is rigged in Maduro’s favor.

The main problem with Venezuela is that it is a one-dimensional economy based entirely off of oil. Combine that with the fact that it is a nation filled with brown savages and you have a very toxic and volatile mix. There have been all sorts of clashes and times in which it looked as if the nation was engaged in a civil war. Many people have already left the country because of the very poor economic situation.

But whatever, I don’t really give a shit what’s going on down there. If they can’t figure out how to feed their own population, that’s their own problem.

As far these election rigging accusations go, the Jew-run media says that about any elected leader who they don’t particularly like. Oddly enough though, Maduro is part-Jewish with a Communist styled political ideology but remains an adversary to the United States. So based on that, the ZOG apparatus has never been on board with this guy. That’s probably why like Hugo Chavez before him that he still has political support from a significant base of his people. Either way, it looks like he’ll be in power for a little while barring a military coup or full fledged civil war.

UK: Boris Johnson and Tories On Track for Big Win