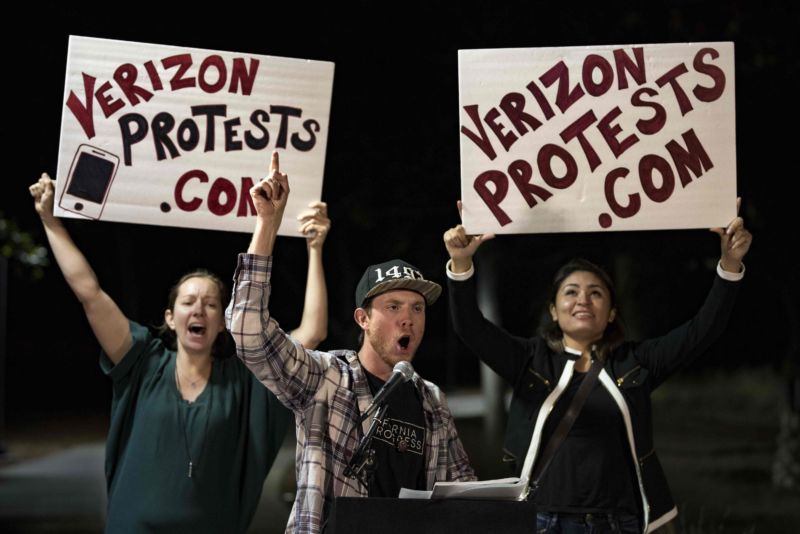 These people are protesting a theoretical problem. Where were these people when Silicon Valley shut down all sorts of sites after the Unite the Rally? I had all my shit shut down!

Silicon Valley, Jews and a number of Cultural Marxists are launching nationwide protests against net neutrality outside of Verizon stores.

Net neutrality supporters plan a nationwide series of protests starting Thursday outside Verizon stores, where they will express their opposition to the pending repeal of net neutrality rules.

You can find local protests by going to this webpage and searching by ZIP code.

Verizon stores aren’t the only places where there will be protests. In Washington, DC, for example, there will be a protest at the annual FCC Chairman’s Dinner on Thursday. There will be another protest outside the FCC building on December 13, one day before the vote to repeal net neutrality rules. Many protests will be happening on Saturday as well.

These people are a bunch of fools. Net neutrality regulations have done nothing to prevent censorship on the internet. The biggest censors are the one’s demanding that net neutrality remains intact. Companies like Facebook and Twitter have enacted draconian rules and policies to the point where they have employed an army of thought police to dictate what can and can’t be said.

There was also a flurry of site shut downs following the Unite the Right rally. Everything and anything associated with the Alt-Right and nationalist political content was targeted. Where were these people then?

The internet operated fine before 2015 when we didn’t have net neutrality. There is no evidence to indicate that internet service providers will start censoring content if net neutrality regulations are removed. These people are protesting a theoretical problem versus protesting a real problem that is happening now.

While I dislike the big internet service providers like Comcast and Verizon, they have not been involved in censoring political content of any kind. These protests are totally misguided.