Home US Mitt Romney Pushes Having Witnesses in Impeachment Circus 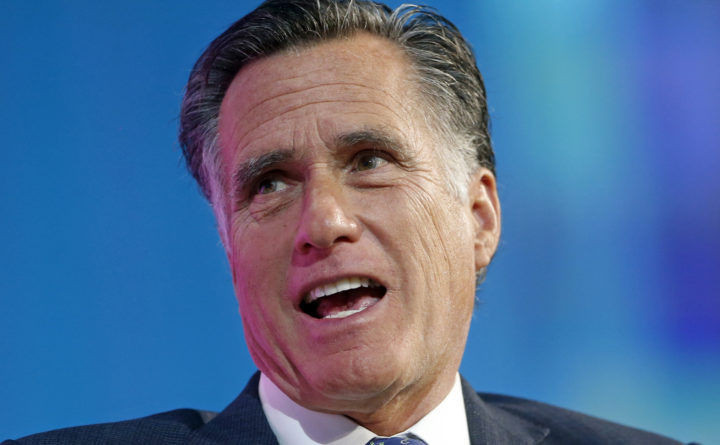 Mitt Romney has come out saying that he might be interested in having witnesses in this ongoing impeachment circus.

Utah Sen. Mitt Romney (R) said Saturday that it is “very likely” he will be in favor of calling witnesses in the Senate impeachment trial against President Trump.

However, the GOP lawmaker said he will hold off on making his final decision until after Democratic impeachment managers and the president’s defense lawyers conclude their opening arguments.

“I think it’s very likely I’ll be in favor of witnesses, but I haven’t made a decision finally yet and I won’t until the testimony is completed,” the Utah Republican said Saturday after the first day of the Trump team’s opening arguments, CNN reported.

Romney declined to say whether he thought the president’s defense team was effective in the opening hours of their arguments, saying, “I just don’t have any comments on the process or the evidence until the trial is over,” CNN reported.

Earlier this month, Romney was the first GOP lawmaker to specifically say that he wanted to hear from former White House national security adviser John Bolton in the course of the impeachment trial.

Romney told reporters at the Capitol that he wants to find out “what he knows” about Trump’s contacts with Ukraine, the central issue in the impeachment effort against the president.

“I would like to be able to hear from John Bolton. What the process is to make that happen, I don’t have an answer for you,” Romney said.

What is the point of shilling this?

We already know that the orange man is not going to be impeached, so pushing for witnesses is only going to prolong this political circus which nobody has any interest in.

Despite television ratings for the impeachment fiasco steadily declining, the Jewish corporate media has continually pushed this as the top story for the past week. Soap Operas even netted bigger ratings than this impeachment bullshit but that hasn’t stopped their endless coverage.

Impeachment coverage was a ratings disaster for CBS, ABC and NBC this week, who lost millions of viewers by pre-empting their usual daytime soap operas. https://t.co/VXQuev7wNu pic.twitter.com/rvkPk8sYI4

It’s actually crazy to see this considering that the virus outbreak in China is by far a much bigger story. Certainly far bigger than any nonsense about a phone call Donald Trump had with Ukraine’s president. People actually have an interest in the virus outbreak because there’s a good chance that lots of people are going to die from it.

It’s almost like Mitt is pushing for witnesses as part of a conspiracy with the Jewish media to lengthen this insane circus and torture the American people with this endless bullshit. He is a first rate asshole for even suggesting this.

CPAC Uninvites Mitt Romney Due to Concerns for His Safety