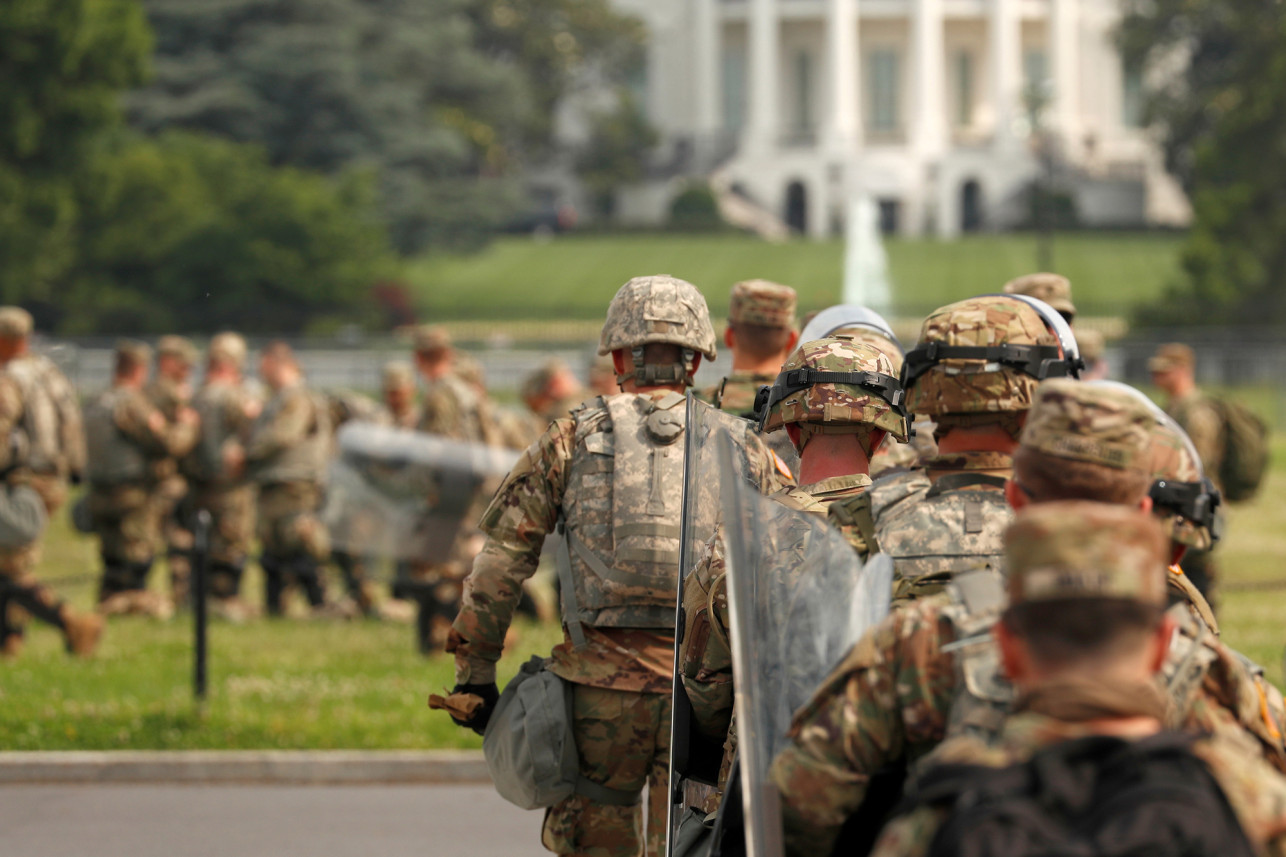 The Pentagon is now admitting that the military presence in Washington DC is going to be permanent.

Six weeks after the Trump-inspired attack on the Capitol, Washington remains an armed camp. No fewer than 26,000 National Guard members were deployed to the city by Jan. 20 — that is, within two weeks of the extremist insurrection and in time for President Biden’s inauguration.

Many of those troops have returned to their home states, but more than 6,000 soldiers and airmen are still on deployment in the nation’s capital. Moreover, the Department of Defense (DOD) has indicated they will remain there until mid-March. The cost of the operation could amount to $483 million, plus additional funds to pay for the troops’ hotel rooms. It is a sum roughly equivalent to the cost of four F-35 fighters or a Littoral Combat Ship.

The DOD has indicated that after March 15 it will downsize the Guard presence, although not by much. Five thousand troops will remain in the District of Columbia indefinitely. That troop level, consisting of both Army and Air National Guard members, is equivalent to the combined total of forces currently operating in both Afghanistan and Iraq. The cost of the ongoing Guard operation is likely to be around $14.5 million a week, close to the cost of the June 2020 deployment of 5,100 troops to Washington in response to the Black Lives Matter demonstrations.

It was pretty much a given that the military presence was going to be permanent. They’re only now admitting that this is a “new normal.”

At this point, having a permanent military presence in Washington DC is just an admission that the current government is illegitimate. If Joe Biden really received the most votes out of anybody in the history of the country, this type of military presence complete with all the fencing and barricades would not be required.

It will be really funny to see them try to explain how this is all designed to defend democracy, right after we saw historic levels of election fraud.

This is not a sign of strength. It is a sign that the American ZOG empire is on the decline.