Home US Mike Pompeo is a Fat Zionist Warmongering Lunatic 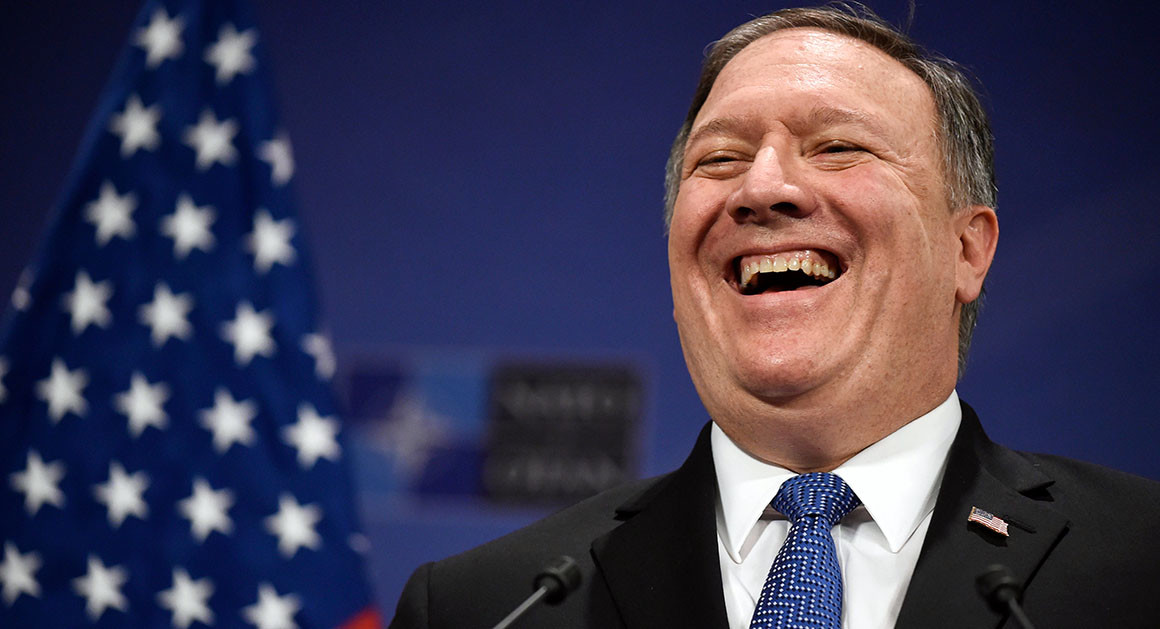 I just wanted to point out that Mike Pompeo our current Secretary of State is a disgusting, fat, Zionist warmongering lunatic. His Twitter feed is cancer.

Here he is condemning the Taliban because they’ve had the nerve to wage war against a foreign army that has occupied their country.

The ongoing violent attacks orchestrated by the Taliban demonstrate blatant disregard for the people & institutions of #Afghanistan. For Afghans to reconcile the Taliban must demonstrate commitment to peace & the future of the country by reducing violence. https://t.co/s7vY1jj975

Here he is shilling for more foreign interference in Venezuela.

The U.S. is taking another step to help return democracy to #Venezuela by increasing pressure on corrupt enablers of the former Maduro regime. Those who choose corruption at the expense of the Venezuelan people will be held accountable. https://t.co/ZJ4BGSWRoG

And here he is claiming with no evidence that Iran is definitely behind the recent attacks on Saudi Arabia’s oil facilities. And sure, it is probable that they helped the Houthis with the attacks, but there is no hard evidence that this is the case and hardly something worth fighting a war over.

Tehran is behind nearly 100 attacks on Saudi Arabia while Rouhani and Zarif pretend to engage in diplomacy. Amid all the calls for de-escalation, Iran has now launched an unprecedented attack on the world’s energy supply. There is no evidence the attacks came from Yemen.

We call on all nations to publicly and unequivocally condemn Iran’s attacks. The United States will work with our partners and allies to ensure that energy markets remain well supplied and Iran is held accountable for its aggression

Met with #Saudi Crown Prince Mohammed bin Salman today to discuss the unprecedented attacks against Saudi Arabia’s oil infrastructure. The U.S. stands with #SaudiArabia and supports its right to defend itself. The Iranian regime’s threatening behavior will not be tolerated.

And if that wasn’t bad enough he wished the terrorists at the CIA a happy birthday.

This man is nuts. He is literally doing all these things to spark a world war that he believes will usher in the biblical apocalypse, the rapture and space Jesus returning to Earth.