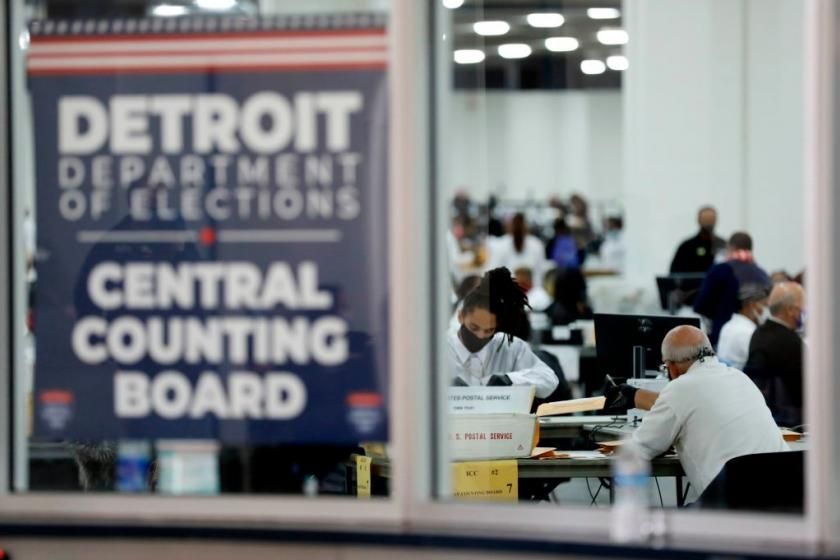 We now know that the two Wayne County, MI GOP canvassing board members only certified the vote after being threatened by violent leftist radicals.

DOJ/AG Barr must immediately guarantee federal LE protection to any and every election official being threatened.@realDonaldTrump

The two election officials who refused to certify the vote have been labeled “racists” by the enemy media.

What does race have to do with voter fraud? This is just desperation by our enemies. They are the one’s who are humiliating themselves by claiming concerns about obvious voter fraud is “racist” or whatever.

President Donald J. Trump also commented on the situation, describing how there were more votes than people!

Wrong! At first they voted against because there were far more VOTES than PEOPLE (Sad!). Then they were threatened, screamed at and viciously harassed, and were FORCED to change their vote, but then REFUSED, as American patriots, to sign the documents. 71% MESS. Don’t Harass! https://t.co/n5frpesHfD

“The numbers have not improved, it is still 71% out of balance”, stated Wayne County, Michigan, Canvassers. “There is widespread irregularities in poll numbers.” There are “more votes than people”. The two harassed patriot Canvassers refuse to sign the papers!

The Great State of Michigan, with votes being far greater than the number of people who voted, cannot certify the election. The Democrats cheated big time, and got caught. A Republican WIN!

This just gets crazier and crazier. They are threatening and harassing election officials now who refuse to go along with this scam.

I would not expect Attorney General Bill Barr to do anything about it though. That fat fuck hasn’t done shit about anything and he is part of the conspiracy to remove Trump from office.