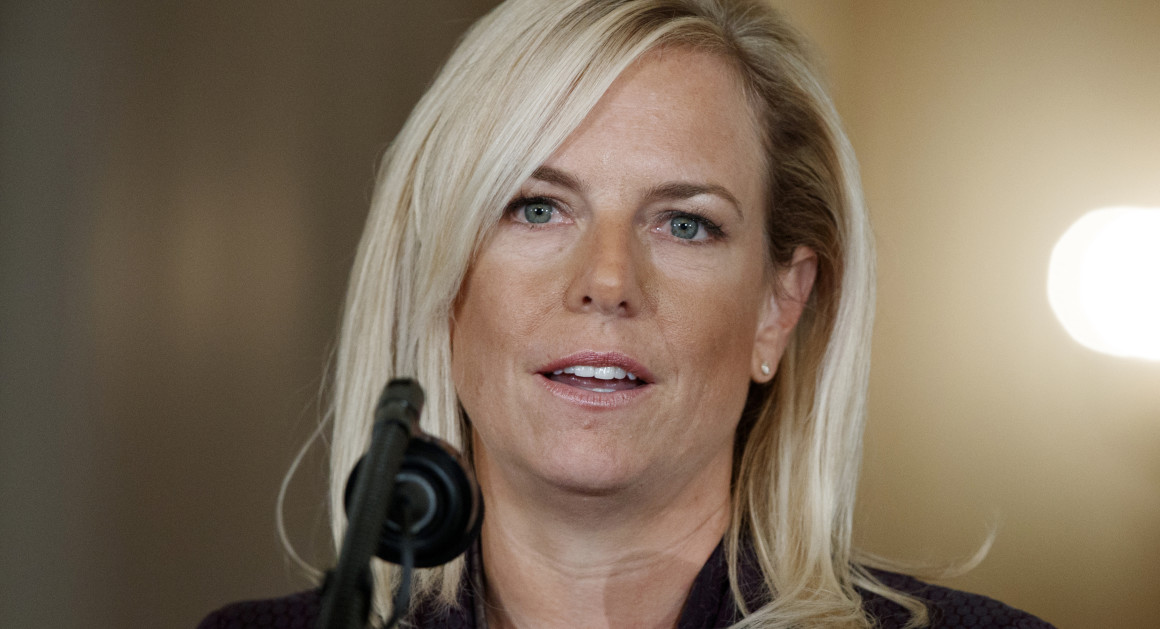 How the fuck does Kirstjen Nielsen still have a job? This bitch is in charge of Homeland Security and she is willfully dumping hundreds of thousands of illegal aliens on to our streets. Meanwhile, Americans have to go through all sorts of intrusive security bullshit just to board an aircraft. They even allow Moslems to fill security positions at our airports even though Moslems are the most likely group of people to commit terrorism. The entire situation is a cluster fuck.

I just got finished reading Anglin’s very insightful article entitled “Kirstjen Nielsen is a Cunt.” The article dissects Nielsen’s pathetic appearance on Tucker Carlson’s show last week. Carlson asked her why next to nothing was being done to stop this invasion. All she did was blame Congress and said that all options were on the table. She also said that they couldn’t do anything meaningful because it would get struck down by the courts. I felt like I was listening to some airhead Valley Girl. She just wants to talk and not actually execute on anything.

The bitch is just full of excuses. It’s insane that this incompetent woman has been put in charge of Homeland Security. The executive branch has plenty of power to fix this problem, she is just refusing to execute on it. She needs to be fired and replaced by Kris Kobach.

Kobach recently outlined a three step plan to fix the problem and it could all be implemented by the executive branch of government.

Here’s a brief summary of his plan.

Kobach was also interviewed by Lou Dobbs where they called out Nielsen’s for her bullshit.

There’s of course many other potential solutions. You could permanently post the military as border guards until the wall is fully built. But instead of hearing solutions from Nielsen, all we get is her trying to pass the buck to Congress.

She needs to be fired. Of course, I am not at all optimistic that this will happen. Blurmf is primarily preoccupied with his Make Israel Great Again agenda and it looks like he might even invade Venezuela.

But anybody with even just a bit of common sense can see that Nielsen doesn’t know what the hell she is doing. Get Kobach in there. He’s a serious man who has serious ideas.