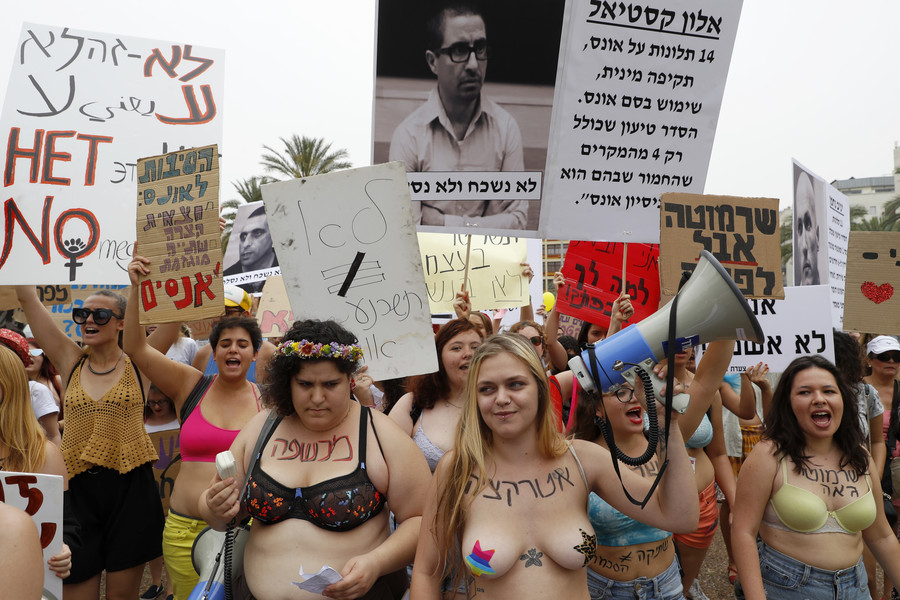 The only good thing about Jewish feminism is that it looks like it is going to play a role in destroying the Jews themselves. Feminism is a weapon that has been used by Jews to subvert and undermine Western civilization. While it has done great damage to our people, this cancer has also been infecting them.

Take in point what just happened in Israel. A bunch of ugly Jew skanks decided to go on a slut walk in the streets of Tel Aviv.

SlutWalk demonstrators in Israel have taken to the streets to demand freedom from sexual harassment and shaming based on dress and behavior, and also for a justice system that better serves the needs of harassment victims.

“The word ‘slut’ is not just degrading to women, but it is also used by society and the system to justify rape,”said Bracha Barad of the Kulan group, which organized Saturday’s SlutWalk through central Tel Aviv, explaining the provocative name and outfits of the participants. “There is no connection whatsoever between sex and sexual violence and there is no connection between the victim’s clothing or her sexual past and the attack she has undergone.”

They’re engaging in this insane behavior because they want to be raped by Arabs and niggers. They seem to think that this will help them in their quest for monkey dick.

But these are some of the ugliest women I’ve ever seen. I’m not even sure niggers would fuck them. Take a look for yourself. 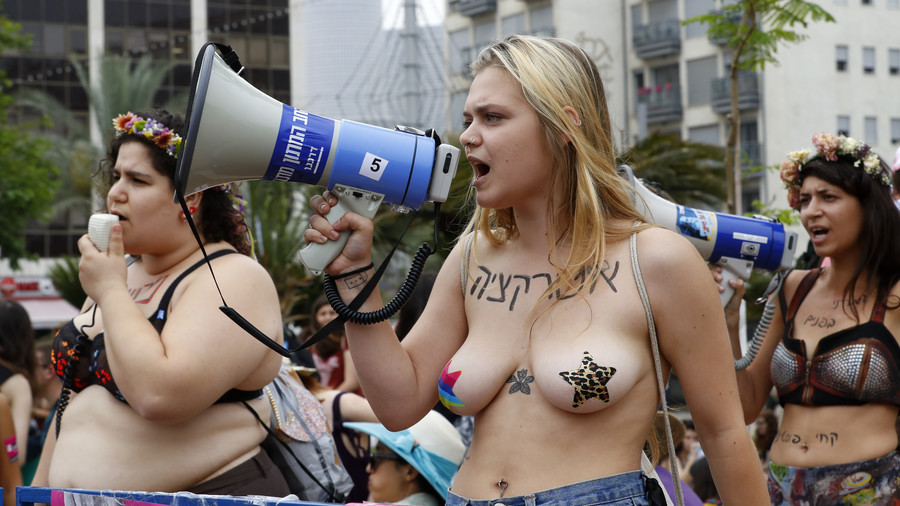 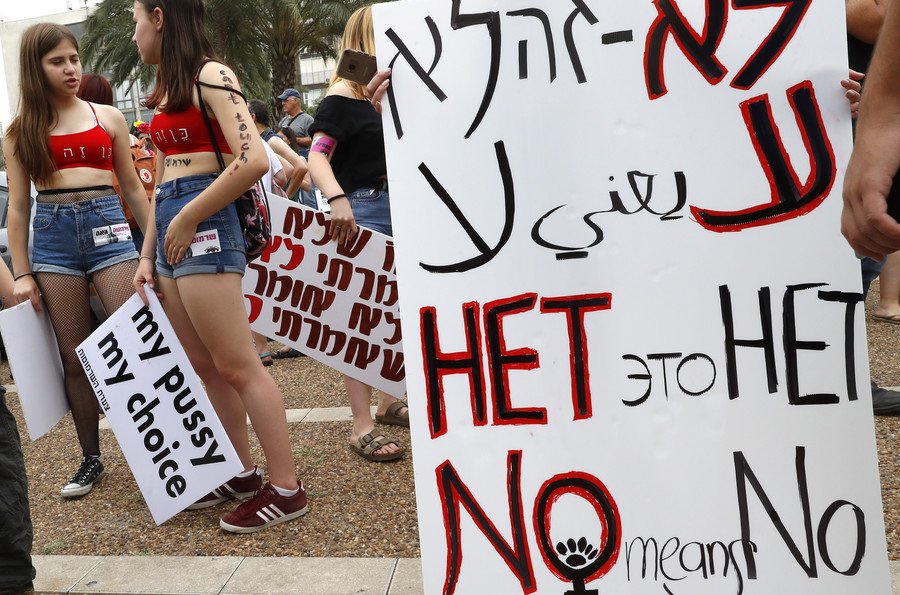 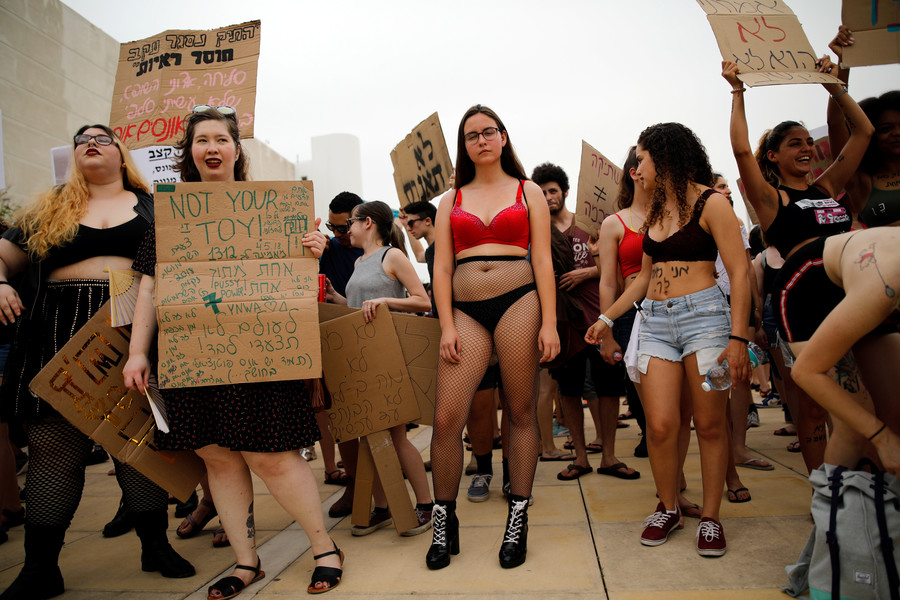 And lol at this faggot. He’s probably looking for some nigger dick also. 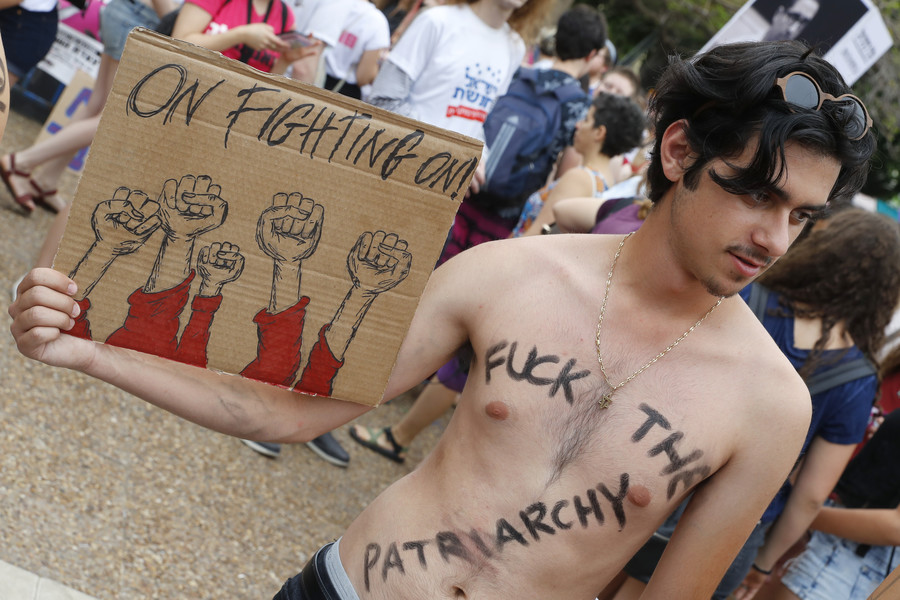 What a disgusting display. Based on this, can someone make a logical argument as to why Tel Aviv shouldn’t be nuked off the planet? It’s a modern day Sodom and Gomorrah.