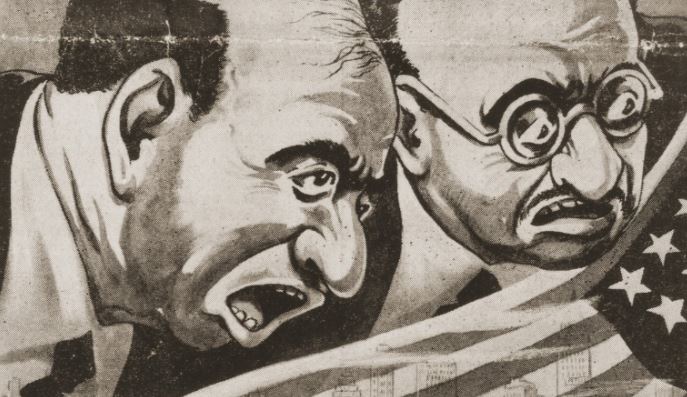 The Jewish Anti-Defamation League is whining once again about people disliking Jews. They drafted a report stating that 11 percent of Americans or 28 million Americans are anti-Semites.

The ADL provided a number of data points to prove their point about how 28 million Americans hate them.

Jews are perpetually whining about how people hate them because they believe that it will generate sympathy from the goyim, but they never explain why people hate them. This is becoming increasingly problematic for them.

Even the Jewish writer for The New York Times Bari Weiss who wrote a full book entitled, “How to Fight Anti-Semitism,” was unable to clearly explain why anti-Semitism exists. She recently appeared on Joe Rogan’s show and failed to provide any sort of coherent explanation.

Jews view the goyim as flawed and as a result of this deeply held belief, they can’t come to grips with the fact that it is their own behavior that causes people to hate them. The idea that Jews have been hated for no reason and kicked out of hundreds of countries for no specific reason is flat out absurd on its face. It is even more absurd that Jews continue to promote this nonsense when their behavior has been objectively harmful to non-Jews.