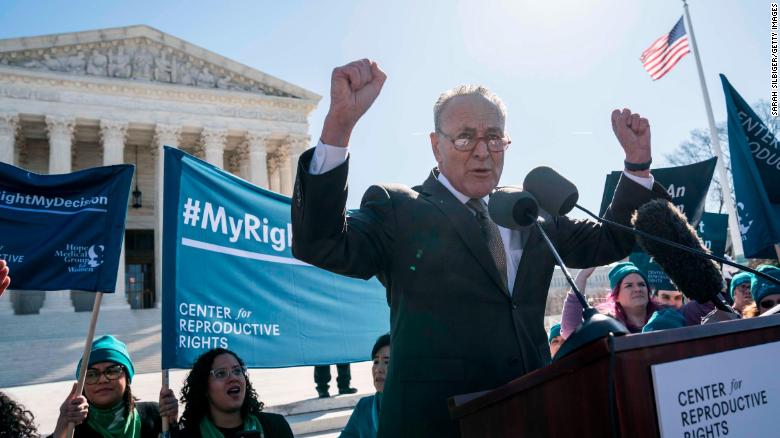 The demonic Jew Chuck Schumer just threatened to kill two Supreme Court Justices at a rally promoting the killing of babies. He threatened them over rulings that allow women to kill their babies.

The orange man is saying action must be taken immediately against the Jew Schumer.

This is a direct & dangerous threat to the U.S. Supreme Court by Schumer. If a Republican did this, he or she would be arrested, or impeached. Serious action MUST be taken NOW! https://t.co/WqQUbyzaJU

Of course we know nothing is going to happen to this evil Jew. In the United States, Jews and members of the Democrat Party are above the law. They are allowed to say and do anything they want without any consequence. This is written in the Constitution and is the supreme law of the land.