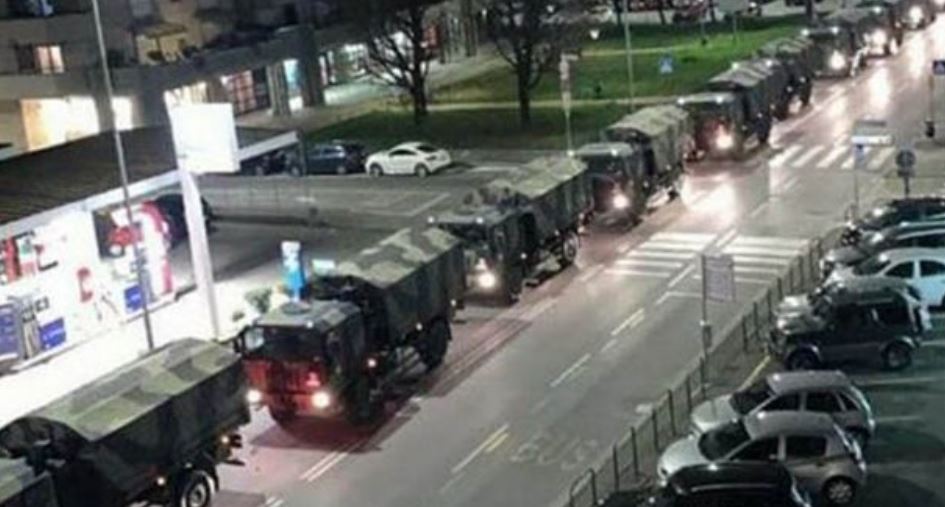 Dozens of military vehicles have been pictured carrying coronavirus victims across Italy – with morgues too full to hold corpses.

The trucks were pictured driving through the city of Bergamo in the country’s Lombardy region, one of the worst-hit by the virus.

The city has recorded at least 93 coronavirus-related deaths as cases skyrocket.

Around 70 coffins were placed on 30 trucks and will be transported to creamatoriums in a dozen locations across Italy, foreign media reports.

Jean Pierre Ramponi, the medical director of the Chiari hospital in Brescia – also in Lombardy – said: “We prepared ourselves psychologically by seeing the images of China, but it was unthinkable to imagine such devastation.

It is interesting how they are having such a hard time dealing with all these corpses. Especially since Adolf Hitler and the German military were able to kill six million Jews and burn their corpses in small ovens within a very short period of time back in the 1940s.

How is that over 70 years later the Italians are having such a hard time dealing with a much smaller number of corpses? It shouldn’t be this difficult.

Or wait, maybe all those stories about Hitler killing six million Jews is a lie. Just a thought though.