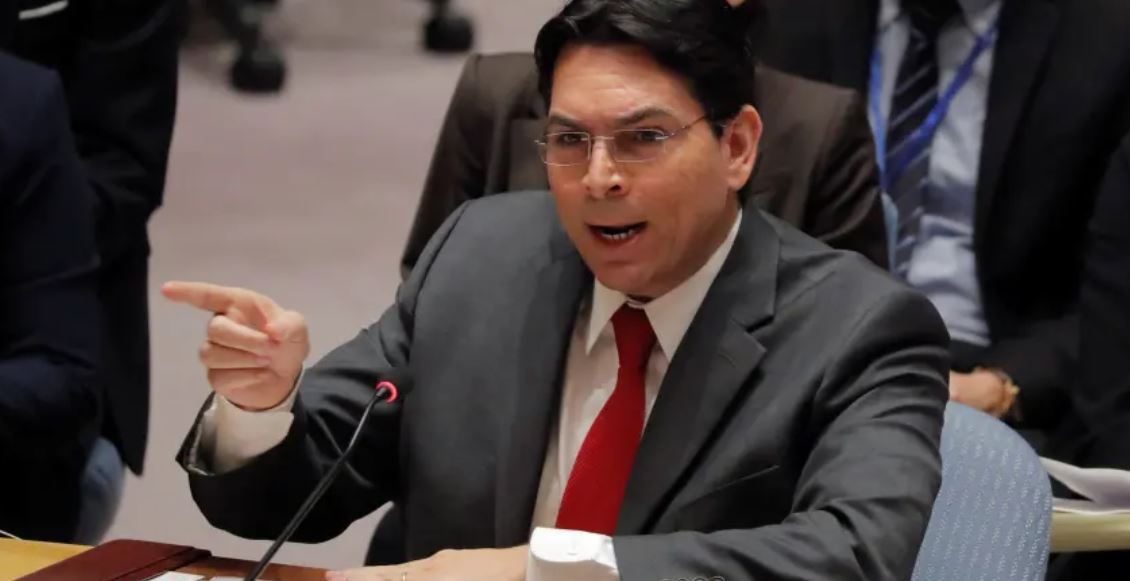 These Jews are going nuts. The Israeli ambassador to the United Nations Danny Danon just demanded that anti-Semitism be criminalized. He cited the recent synagogue shooting and the Trump-Netanyahu cartoon to justify his position.

The only way to stop antisemitism is to criminalize it, Israel’s Ambassador to the UN Danny Danon told reporters in New York on Monday.

“The time for talking and having a conversation is over,” Danon said. “What Israel and the Jewish community around the world demand is action – and now.”

Danon, speaking on the sidelines of the United Nations Security Council meeting, said that those who engage in antisemitism “must be punished. Whether it is here at the UN [or by] political leaders, editors, policy pundits or college professors, it does not matter.

“Antisemitism should have no place in our society,” he continued. “Until it becomes criminal, this bigotry will persist; it will fester. It is only a matter of time until it erupts again in violence and bloodshed.”

Danon spoke just two days after a shooter, believed to be a white supremacist, killed one Jewish worshiper and wounded three others at the Chabad synagogue in Poway California. That same weekend, The New York Times published a cartoon widely held to be classically antisemitic. The paper has since apologized. Danon linked the two events with a shooting that occurred at Pittsburgh’s Tree of Life synagogue in October, in which 11 worshipers were killed.

And since the Jewish definition of anti-Semitism is synonymous with anti-Zionism, he’s basically demanding that it be illegal to criticize Jews or Israel.

Best of luck selling this one kike. People are not going to stop talking about the crimes of your hideous race no matter what laws you get passed. By making increasingly more radical demands, you are only waking more people up to the menace of the Jew. So please keep saying these insane things. You are only helping our cause.