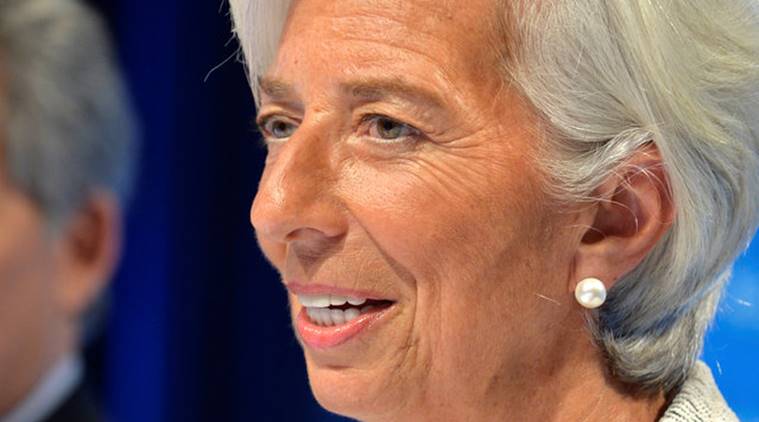 Does this stupid bitch Christine Lagarde who runs the International Monetary Fund not see the world for what it is? She is claiming that nationalism and protectionist policies like those implemented by the United States will lead to a “dystopian future.”

Countries that go it alone and fail to adapt to new economic realities could face a “dystopian” future where an angry majority are left behind, IMF chief Christine Lagarde warned Tuesday.

She urged world leaders to remember the lesson of the global recession that followed the 2008 financial crisis: “international cooperation is essential, not optional.”

The managing director of the Washington-based global crisis lender issued yet another plea to governments, notably the United States, to back away from protectionism and confrontation.

Completely fucking insane. We are living in a dystopian nightmare right now thanks to Jewish globalism and all of these international systems that she is championing. Does she not see what’s happening in the streets of France? The people are pissed the fuck off and they are preparing to overthrow the government. This is more proof showing that this ridiculous Jewish international system has failed.

But somehow she claims that nationalism will lead to something worse than exists now? That seems very difficult to believe. It seems to me that nationalism and protectionist policies are the cure for all the sick shit we are seeing happening in the world today.

And what is the purpose of the IMF anyway? Why the fuck do we need this globalist financial entity? I mean, we certainly don’t need this old skank lecturing us about shit she obviously knows nothing about.