Home US George H.W. Bush Has Died and is Now in Hell 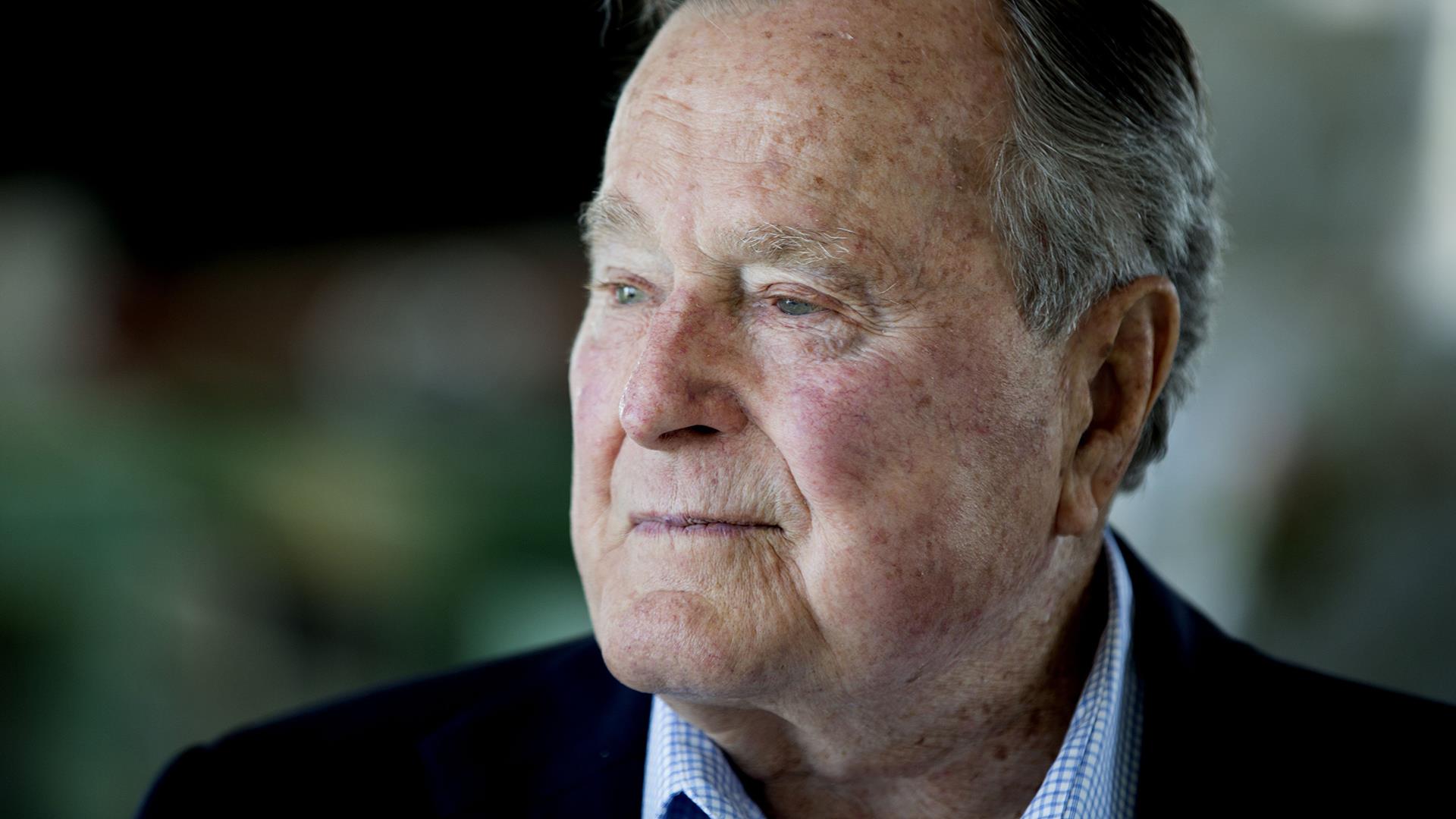 George H.W. Bush the 41st President of the United States has just died. We don’t get much much good news these days so we should definitely cherish this very special moment.

Not shockingly, he is being praised and remembered fondly by all the anti-American pieces of shit on Twitter. Here’s just a small sampling.

America has lost a patriot and humble servant in George Herbert Walker Bush. While our hearts are heavy today, they are also filled with gratitude. Our thoughts are with the entire Bush family tonight – and all who were inspired by George and Barbara’s example. pic.twitter.com/g9OUPu2pjY

Hillary and I mourn the passing of President George H. W. Bush, and give thanks for his great long life of service, love and friendship. I am grateful for every minute I spent with him and will always hold our friendship as one of my life’s greatest gifts. https://t.co/1CYdrIeKmz

Amazing photo from Bush 41’s days as a baseball player at Yale. The future president and the Babe! pic.twitter.com/bve5p81FSK

We lost a great American and the 41st President. Thank you, George H.W. Bush, for your never-ending service and leadership. Your patriotism and dedication to our country will never be forgotten.

Our thoughts are with the entire Bush family. #Bush41 pic.twitter.com/9vqjwrMvPR

George Herbert Walker Bush has passed. He is in heaven with his beloved Barbara tonight.

We will not see his like again. A modest hero, he left a legacy of honorable service to the nation he loved.

It was a deep honor to serve in his Administration.

His was a life well led. History will be very kind to an effective, wise and dignified leader. A true public servant and patriot. Rest in peace 41. https://t.co/QeXj7D9iIa

Naturally, the entire Jewish media is also acting like this old bastard was some type of wonderful person.

But as we know, he was not a good person. In fact, he was a very horrible individual.

All we have to do is review his record.

He ordered the original invasion of Iraq for the benefit of Jews and Israel. The war was partially justified by the now infamous Jewish hoax claiming that Saddam Hussein was throwing babies out of incubators. Much of that lie was largely manufactured by a Jewish member of Congress who coincidentally was an alleged Holocaust survivor.

He ordered the invasion of Panama to capture the nation’s leader Manuel Noriega after he went rogue on the Central Intelligence Agency. Ironically, the Jewish media admitted much of this upon Noriega’s death.

He regularly talked about establishing a so-called “New World Order” in his speeches. He even made one of these references in a speech exactly 10 years before the 9/11 attacks occurred.

There was also that weird ass “thousands points of light” shit. I honestly don’t know what the hell that was all about but it appeared to be some type of occult reference to a variety of weird nonsense. Probably something related to his membership in Yale’s Skull and Bones fraternity or the Bohemian Grove.

Donald Trump referenced it in his statement on Bush’s death presumably to troll him.

There was even that story about homosexual prostitutes visiting the White House while he was in office.

He heavily pushed all of these insane trade deals which shipped American jobs to other countries. He actually promoted the NAFTA disaster with Bill Clinton.

This was not a good man. He was in a position to prevent the United States turning into the shithole that it is today with all this third world filth, faggots and trannies running around everywhere. But instead of doing what was best for the American people he was preoccupied with waging foreign wars to establish this diabolical Jewish “New World Order” system.

If you were born after Bush 41’s presidency, I highly suggest you watch the music video for the Ministry song N.W.O.. It’s provides the most accurate description of what the Bush 41 presidency was all about. The video should be preserved by the Library of Congress as it is culturally significant not only to the Bush 41 era but to the early 1990s time period as a whole.

But overall, it is good to see that old Bush 41 is now dead. He is no doubt in hell with his evil wife Barbara and that insane bastard John McCain as we speak.

Bill Clinton Tries to Distance Himself From Jew Jeff Epstein