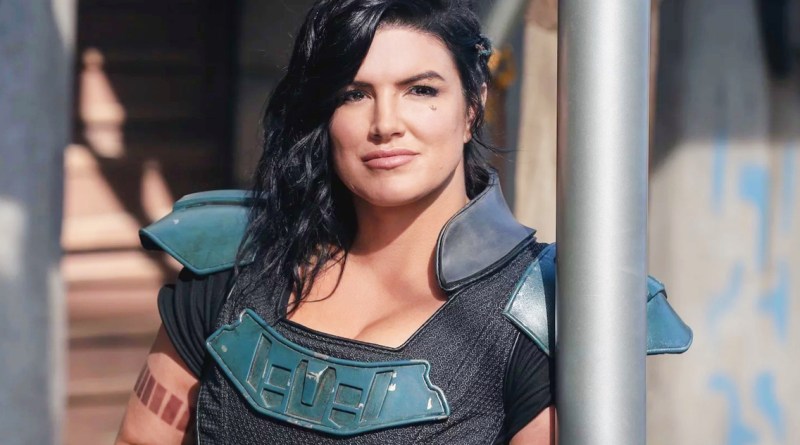 Gina Carano the former MMA fighter and actress who starred in the Disney Star Wars Mandalorian series was recently fired for a variety of right-wing statements she made on social media. Her firing got a great deal of attention highlighting once again how absurd and insane Jewish cancel culture has become.

But what does she do after getting fired by the Jewish company of Disney? She decides to team up with the evil Jew Ben Shapiro to do some movie or whatever.

Gina Carano Hits Back, Announces New Movie Project With Ben Shapiro’s Daily Wire: “They Can’t Cancel Us If We Don’t Let Them” https://t.co/6mirYhffZK

Shapiro is not a good person and is clearly not acting in good faith. As most of you already know, he is a fake opposition figure who only cares about advancing the interests of his tribe and Israel. She should reconsider whatever deal she’s struck with this bad Jewish individual.

Unfortunately, we have a number of people who think her teaming up with the bad Jew Shapiro is a good thing. This is the type of shit-tier meme that is being posted over on patriots.win. 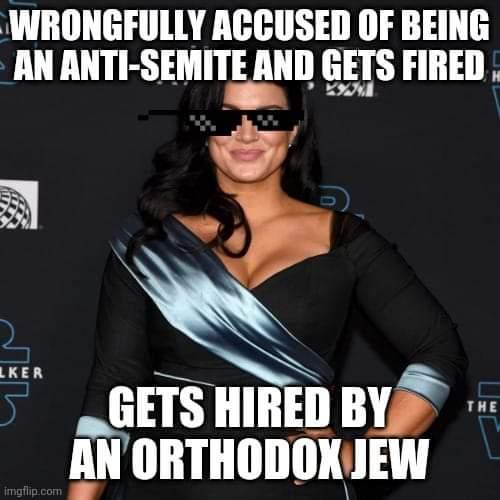 Out of all the people she could work with, the Jew Shapiro is arguably the worst. Whatever ideas he has for Carano, none of them can be good.