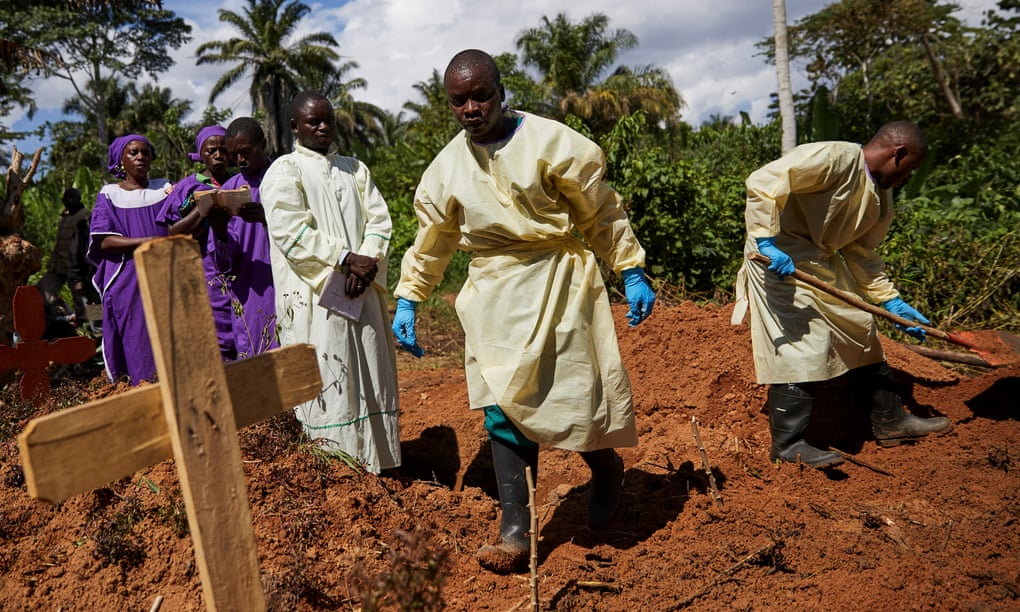 Ebola appears to be nature’s attempt to control the population of low IQ niggers on the planet. The virus is raging in the Congo.

An Ebola epidemic in a conflict-riven region of Democratic Republic of Congo is out of control and could become as serious as the outbreak that devastated three countries in west Africa between 2013 and 2016, experts and aid chiefs have warned.

New cases over the past month have increased at the fastest rate since the outbreak began last year, as aid agencies struggle to enact a public health response in areas that have suffered decades of neglect and conflict, with incredibly fragile health systems and regular outbreaks of deadly violence involving armed groups.

“I’m very concerned – as concerned as one can be,” said Jeremy Farrar, the head of the Wellcome Trust, who called for a ceasefire to allow health teams to reach the sick and protect others in the community.

“Whether it gets to the absolute scale of west Africa or not, none of us know, but this is massive in comparison with any other outbreak in the history of Ebola and it is still expanding. It’s remarkable it hasn’t spread more geographically but the numbers are frightening and the fact that they are going up is terrifying.”

The more blacks that die from Ebola the better. This will mean fewer of them getting on boats and coming to Europe. Once there all they do is rape and murder people and this is something we don’t want.

We also need to pass laws banning dumbass White people who go to these areas to try and save these niggers. Those people should be arrested and charged with crimes. There’s way too many niggers around and they offer nothing positive to the world.