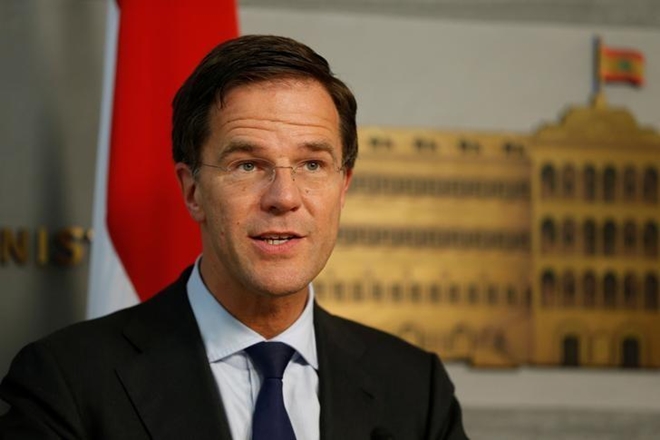 The Dutch Prime Minister Mark Rutte has apologized to Jews for failing to protect them from being shoved in fake shower room gas chambers and masturbated to death in ovens.

Dutch Prime Minister Mark Rutte has apologised on behalf of his country’s government for its failure to protect Jews during World War Two.

Mr Rutte said that while some Dutch officials resisted during the Nazi occupation, too many simply did as they were told.

It was the first such apology to be offered by a Dutch prime minister.

About 102,000 of the six million Jews murdered in the Holocaust came from the Netherlands.

Mr Rutte made the remarks at a Holocaust remembrance event in Amsterdam, ahead of the 75th anniversary on Monday of the liberation of the Auschwitz death camp.

“I do so, realising that no word can describe something as enormous and awful as the Holocaust.”

Why even issue such an apology?

This is one of the most extreme and disgusting cases of sucking up to these filthy kikes that I’ve ever seen.

And on top of that, there is almost nobody alive today that had any role in the events that took place 75 years ago.

The Holocaust is just a big swindle by Jews and few people have the courage to call them out on their bullshit. It certainly doesn’t help that we have politicians like Rutte issuing pathetic apologies to Jews over this retarded hoax.