Home US DHS: 100 Percent of Invaders Being Given Work Permits 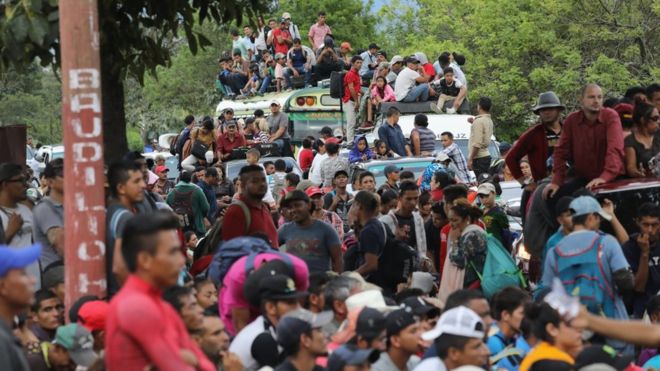 The Department of Homeland Security is giving 100 percent of the goblin hordes invading our country work permits.

Acting Department of Homeland Security (DHS) Secretary Kevin McAleenan confirmed to Congress this week that his agency is merely acting as a checkpoint for adults crossing the United States-Mexico border with children, as “100 percent” are being released into the interior of the country.

During a hearing before the Senate Homeland Security Committee, McAleenan said DHS is releasing “100 percent” of adult border crossers into the interior of the country who arrive with children at the southern border, including those who are not even asking for asylum.

Then, within four to six weeks, McAleenan said the adult border crossers who have been released into the U.S. are given work permits allowing them to take American jobs while they await their court hearings, oftentimes two years down the road.

It might appear to be a bad thing that these hordes are invading our country and being given work permits, but let’s try to be optimistic. We should be looking at this from a glass half full perspective.

We need low IQ savages to do the work that Americans just won’t do. And if they are given factory jobs, they will pay for our pensions. So even though we are being racially displaced in our own country, we shouldn’t be totally depressed about it. There are some positive aspects to this invasion.

851,000 Caught Trying to Invade US From Mexico This Year