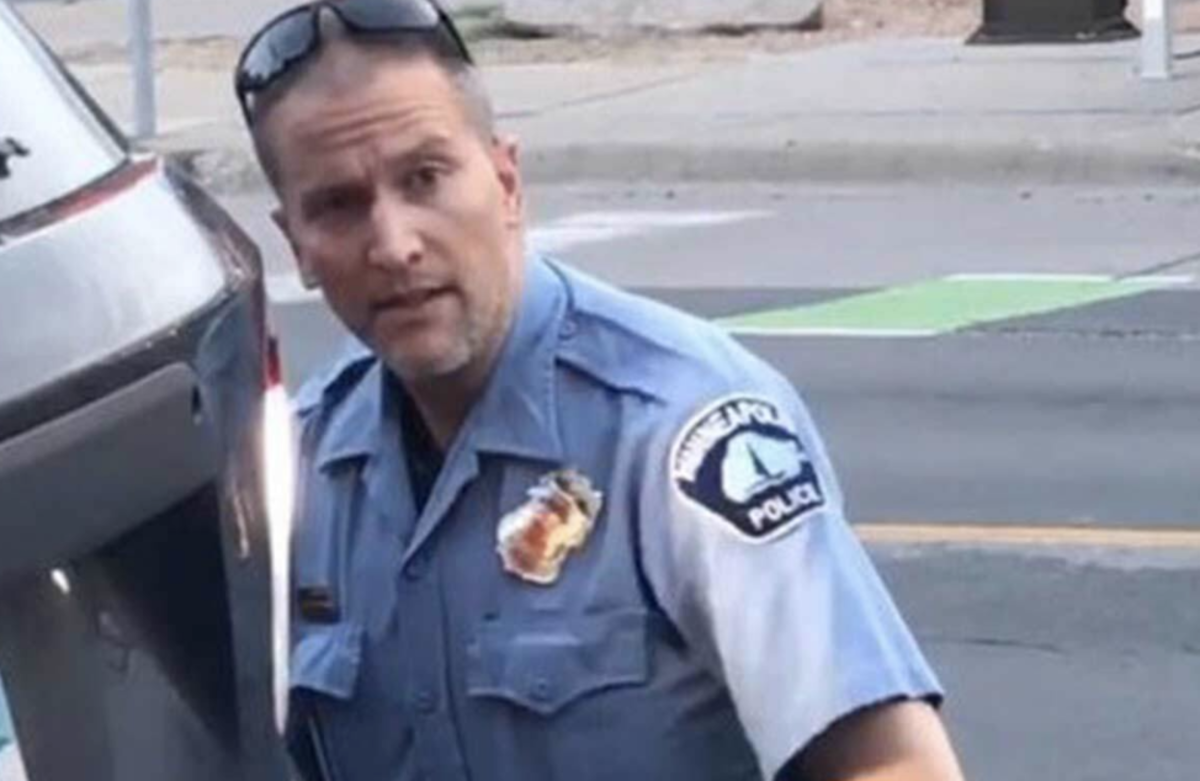 The trial of Derek Chauvin the White cop who is accused of murdering the drug addict and criminal black African George Floyd is ongoing.

I haven’t been following it closely, but it is apparently a big story in the Jewish media. Largely because last year they tried to turn Floyd into some sort of saint figure by falsely arguing that his life had value. They only did this because it allowed the Jewish media to agitate blacks against Whites. If Chauvin was black or another race, we would have never heard of this story. It’s only been blown up in the media because of the racial angle to all of it.

As most of you are aware, Chauvin was seen on video with his knee on Floyd’s neck for a lengthy period of time during an arrest incident. They are alleging that this is what killed him. Floyd however was totally uncooperative with police when he was confronted about counterfeiting crimes and put himself in a position where police needed to restrain him. Chauvin was actually just following normal police protocols and doing what he was trained to do. Many police departments across the United States have adopted the tactic of restraining people by putting a knee on their neck. This is a tactic largely taken from the Israelis of all people. But that’s a whole other story.

It is clear based on autopsy reports that Floyd died because of all the drugs that were in his system. He also tested positive for the coronavirus so if we bring the coronavirus hysteria into the fray, Chauvin obviously did not kill Floyd. He died of coronavirus.

And sure, the optics of Chauvin having his knee on Floyd’s neck are bad. That’s why that video has been played over and over again. But it has been played without any proper context as to what happened prior to that. They never show how uncooperative Floyd was being.

Chauvin will likely be found not guilty of murder because of the autopsy reports. But the Jewish media is acting like Chauvin murdered Floyd for no reason outside of hate of skin color. They are doing this so when the not guilty verdict drops, they can agitate low IQ blacks to riot everywhere.

So quickly after a "Time to Heal" era post Biden's inauguration, Dems are already gaslighting the country for riots again in response to not getting their way

But whatever, I’m not especially interested in this story mostly because I despise police and everything they’ve come to represent. They have been the people primarily responsible for enforcing this insane virus regime that has emerged. Many of them have publicly taken a knee to support BLM and other communist groups while physically attacking peaceful right-wing protesters. So if Chauvin is somehow found guilty, I really couldn’t give much of a damn.

And obviously, I couldn’t give a shit about Floyd. It’s amazing how so many people are on Twitter acting as if this criminal drug addicted nigger added some sort of value to this world. He was going to be dead soon anyway considering the amount of drugs he took. The amount of time and energy that has been wasted discussing the death of this worthless nigger has been insane. I’ll be glad when this story goes away and fades into the background.

US Capitol Stormed by Trump Supporters