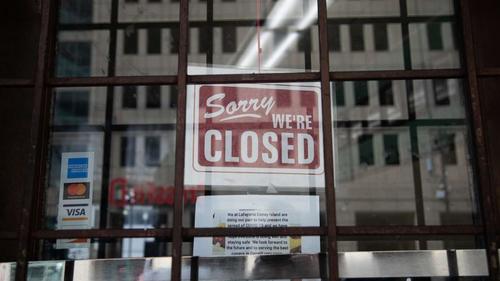 The American economy is in a depression and we haven’t even entered the worst parts of it.

The vast majority of these restaurants will not survive this. It also puts the landlords in a terrible position because they need the rent money to pay the mortgage on the property, taxes etc..

This is a phenomenon that is occurring not just in New York City but in several large American cities that were run by Marxist Democrat lunatics who chose to close everything because of the flu.

As I’ve said since March 2020, the lockdowns are going to be many times more devastating than the flu. We will see a cascading series of economic collapses that there will be no escape from.

The coronavirus hysteria has been a hoax used to steal your wealth and take your freedom. Anybody who can’t see this by now is a fool. Hopefully you are prepared for what is to come.

Silver Market Explodes to the Upside